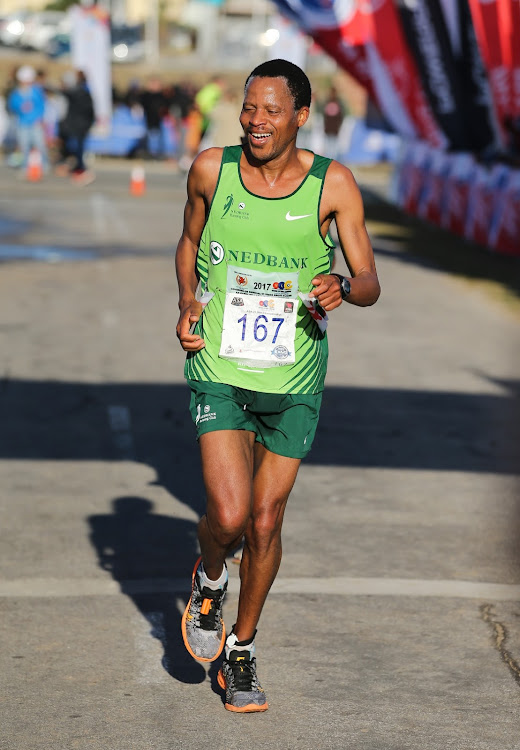 SA marathon legend Hendrick Ramaala says the success of the marathon team at the Olympic Games depends on their financial support. Athletics SA (ASA) announced a preparation squad of 58 athletes for the Games in Tokyo, Japan, next year. A total of 43 athletes will compete in individual events  – 15 sprinters will compete in the relay team.

The Olympics will start on July 30 and end on August 8. The marathon team consists of six runners of men and women. Stephen Mokoka, Elroy Gelant and Desmond Mokgobu complete the line-up for the men. Comrades Marathon champion Gerda Steyn leads the women’s team that includes Glenrose Xaba and Nolene Conrad.

The four-time Olympian, who coached the marathon team at the World Champs in Doha, Qatar, last year, said ASA selected the strongest possible team. But he stressed it would not help if they don’t invest in the team’s preparations. Ramaala, who works with a group of athletes that includes Mokgobu at Zoo Lake in Johannesburg, said it’s all about preparations, and the athletes would do the rest.

“Time is not on their side. We have 10 months to go before the Games start. Hopefully, the bosses will support the team and give them adequate preparations. Mokoka is leading the line and stands a good chance of making the podium,” said Ramaala.

The former New York Marathon champion said it was all about team tactics and having tried and tested runners in the marathon team. “Gerda achieved her personal best (2:26:51) at the London Marathon and is promising. ASA must support the team financially and send them to a training camp.

"They must arrive in Japan 15 days before the marathon to acclimatise to the conditions, and all of these things will require money. The team needs big funds to prepare and can’t leave it until three months to go to start moving. If we do that, we would be setting ourselves for failure,” he warned.