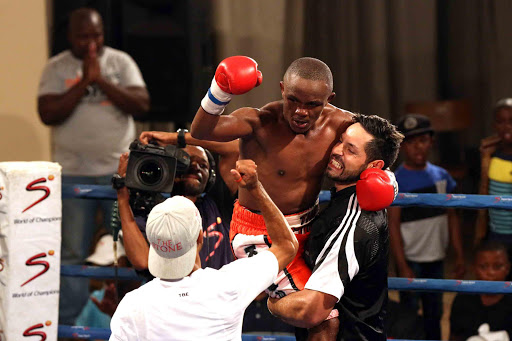 The defending champion from Georgetown in Guyana had won that title and the IBO strap from Cassius “Hitman” Baloyi at the same imposing venue a few months earlier.

Klassen came in as a substitute for Baloyi, who could not come to terms for the rematch against St Clair. An accidental world champion, Klassen, who was trained by Manny Fernandez, became a mainstay in SA boxing over the years to come.

The former SA featherweight champion lost the world title via a split points decision to Mzonke  Fana at OR Tambo Hall in Khayelitsha, Cape Town, on April 20 2007 before regaining it on April 18 2009 by destroying Baloyi in seven rounds of their historical fight – the first between stablemates – that was staged by Branco Milenkovic at North West University Sports Complex in Mahikeng.

Klassen and Baloyi were both trained by Nick “Mthakathi” Durandt. Klassen opted for trainers Bernie Pailman and Gert Strydom to bark instructions in his corner while Durandt stood by Baloyi.

Klassen lost that title again to American multiple weight world champion Robert Guerrero in the US on August 22 2009. Klassen, who left Fernandez for Durandt, continued to compete at international level.

Talented Limpopo boxer would do well not to underestimate opponent.
Sport
1 year ago
Next Article