Champs makes up for missing Comrades due to Covid-19 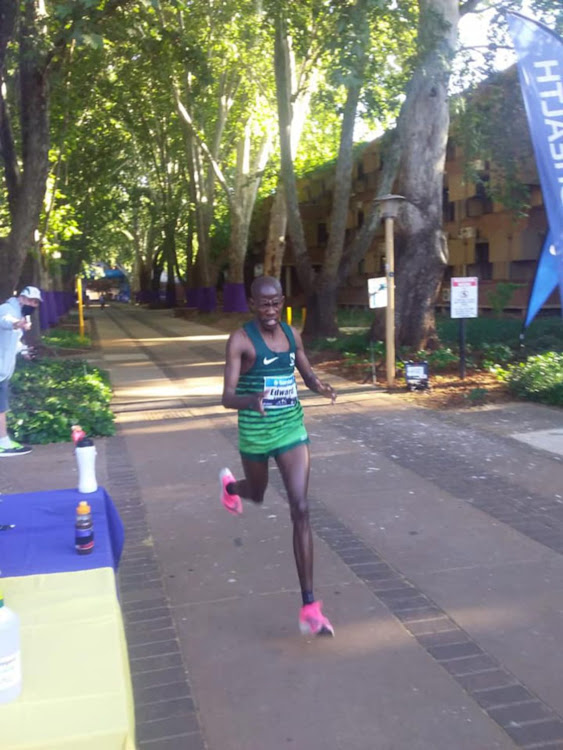 He said he would win it, and Mzansi's prominent marathoner Edward Mothibi has done it again. The talented father of three won the Sanlam Cape Town virtual Marathon in style yesterday.

Mothibi, who missed out on defending his Comrades Marathon title due to the Covid-19 pandemic, more than made up for that disappointment when he won the World Athletics Gold Label status event.

The 34-year-old clerk at Impala Mines in Rustenburg ran the Potchefstroom leg at the local North West University campus. The Nedbank Running Club member was targeting a sub 2:20, but he stopped the clock at 2:16:48 to finish ahead of three-time Comrades winner Bongmusa Mthembu, who won the Cape Town leg in 2:17: 32.

Ann Bothma of ATC Multisport running club was the surprise package in the women’s category. She took the Mother City race in 2:33:36 to record a new personal best.

Officials announced the winners after altitude adjustments were made to level the playing field among the elite invitation squads’ respective results from Cape Town, Potchefstroom, and Pretoria.

It is going to be a star-studded affair at the Sanlam Cape Town virtual marathon taking place in three cities on Sunday.
Sport
1 year ago

Mothibi and Bothman both collected prize money of R250,000 for winning the race.

There are race incentives and club incentives for winning the respective legs. However, the runners who performed well in the three races got rewarded for their efforts.

Mothibi did not get the opportunity to run in any race this year, but he promised to win the marathon, and true to his words, he did it. He battled heat conditions to fulfil his goal of being crowned champion.

Mthembu, of Arthur Ford, ran a near-perfect time on the day, but the day belonged to Mothibi, who said that he intends to invest the money for his children’s education.

“I prepared hard for this race and I will invest the money towards my children’s education. The objective was to honour the invitation, but I ended up winning the race. It’s a consolation for missing the Comrades race due to Covid-19 this year,” said Mothibi.

The Rustenburg-based runner only trained for the race in the afternoons because of his demanding work schedule, but his sacrifices paid off.

Bothma finished the race ahead of big names and former Comrades winners Ann  Ashworth, the winner of the North West leg in 2:46:14, and Charne Bosman, who won the Pretoria leg in 2:56:19.

The race organisers were happy with the turnout of elite athletes and the excitement generated in the three cities. “SA’s top runners were hungry for a race after being grounded for most of the year. It was evident in the enthusiasm with which they embraced this unique format,” said race director Renee Jordan.