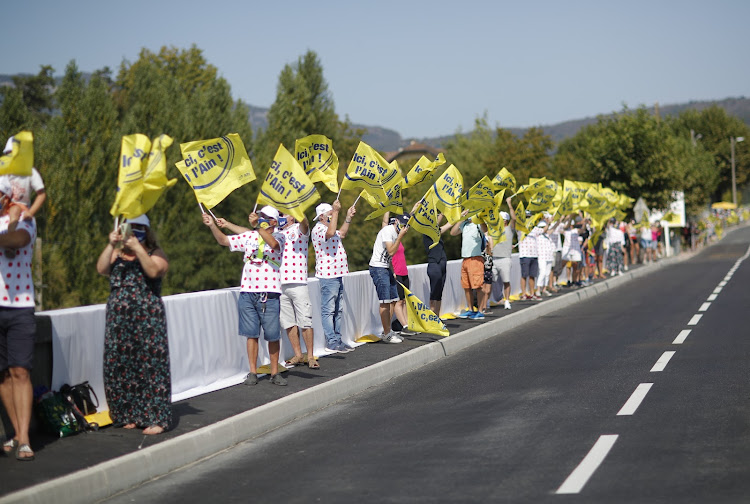 Fans line up at Lyon to Grand Colombier during the Tour de France on September 13, 2020.
Image: REUTERS/Stephane Mahe

Colombian champion Sergio Higuita abandoned the Tour de France after banging his head on the ground in a crash early in the 15th stage on Sunday.

EF Education First rider Higuita went down hard 162km from the finish after losing balance when Luxembourg’s Bob Jungels suddenly swerved in front of him.

Higuita crashed again a few kilometres later and he got off his bike with 134km to go. He was conscious and being attended to by race doctors.

"Sergio is fine. Broken hand or finger(s). X-rays will reveal the exact nature of injury. No head injury. Second crash was due to not being able to grab the brakes properly," team manager Jonathan Vaughters said.

Frenchman Romain Bardet pulled out of the race two days ago due to concussion following a heavy crash after completing the 13th stage.