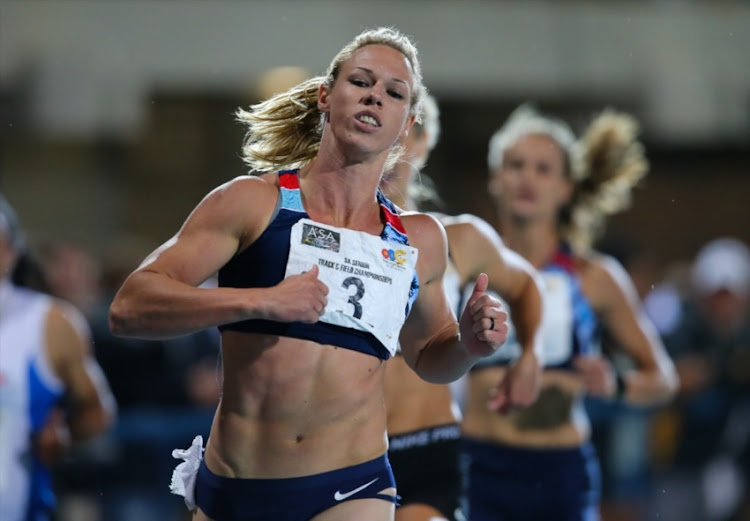 Horn became the first SA woman to dip under the 11sec mark at the Diamond League meet in Doha on Friday night when she clocked 10.98sec finishing fifth in the sprint.

“I guess as long as am capable I will always be on a quest to gain that extra hundredth of a second when racing‚” Horn said in a statement released by her Tuks athletics club.

“I am sure my coach‚ Rayner Schopf‚ has already started to plan as to what I need to do to be faster.”

Horn‚ 29‚ has broken new ground this season after threatening to do so for the past few seasons.

In 2015 she equalled Evette de Klerk’s 11.06 record and then broke it at the national championships in Pretoria in March‚ going 11.03.

But breaking 11 seconds has been the priority goal.

“I still battle to believe that at long last I managed to run a sub-11s race.

"When I saw 10.98s going up on the electronic scoreboard next to my name all the long hard hours‚ the sacrifices and the disappointments were forgotten.

“All that mattered was that I had achieved what I set out to do many years ago.

"It was the breakthrough I have been dreaming off. It is the one moment in my athletics career which I will never forget.”

Horn was initially not selected for the Commonwealth Games team‚ not being deemed good enough by Athletics SA (ASA) at first.

She received a late call-up‚ however‚ but had to withdraw because of injury.

Had she competed in Gold Coast‚ however‚ the gold medal could have been in her reach‚ being won by Michelle-Lee Ahye of Trinidad and Tobago in 11.14.