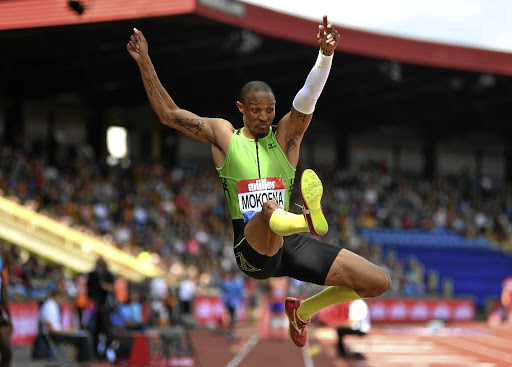 Veteran Khotso Mokoena seems to have overcome the disappointment of not making Team SA to defend his triple jump title at the Commonwealth Games at Australia's Gold Coast last month.

The 33-year-old is psyched up for the IAAF Diamond League opening leg tonight, where he and Caster Semenya will lead a small SA contigent in Doha, Qatar.

Mokoena will face off reigning world and Olympic champion Christian Taylor of the US among a strong field that includes Nelson Evora (Portugal) and Pedro Pichardo (Cuba).

Semenya, on the other hand, will line up in her newly-found forte where she will meet familar foe in Eunice Sum, among the five Kenyans and four Ethiopians in the 1 500m final.

The two have contested many major championships over the 800m.

The meeting at Qatar Sports Club will mark the first international race for Semenya since the IAAF released the controversial hyperandrogenism rules last week, where women athletes are compelled to lower testosterone levels.

The new rule comes into effect in November.

Semenya is again a favourite to clinch the title in the lucrative track and field series.

The Diamond series consist of 14 meetings, before the ultimate finals in Zurich and Brussels on August 30 and 31.