Maria and Petra into 3rd round 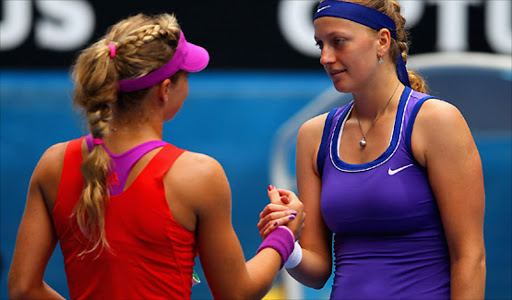 ROME - Past and present Wimbledon winners Maria Sharapova and Czech Petra Kvitova made straight-set moves into the third round of the Rome Masters yesterday, with the Russian second seed made to work hard.

Kvitova, the fourth seed who claimed the grass honours last summer, accounted for Russian Anastasia Pavlyuchenkova 7-5 6-4 in sunny conditions at the Foro Italico. The shy Kvitova admitted that she was still trying to find her feet on clay despite making a Stuttgart semifinal last month against Sharapova, the tournament champion.