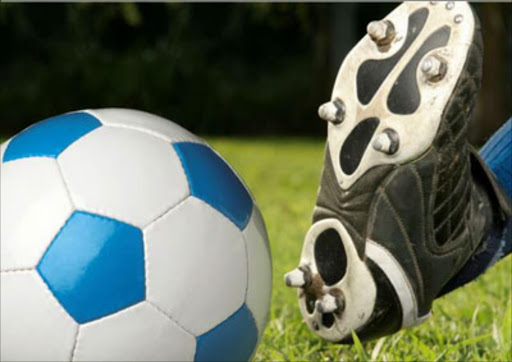 AFTER all is said and done, it is back to the implementation of that vision to better improve the lives of our athletes and develop them to profile and improve the country's image in the sporting and recreational arena.

We are motivated by our belief in excellence. We are encouraged by the fighting spirit of our athletes to do more for their country. The spirit of patriotism and nation-building through sport has been instilled and must continue being instilled in the hearts and minds of our athletes.

The "Special One", Jose Mourinho, has done it again in Spain and Lionel Messi bid farewell to Pep Guardiola with magnificent fours. The "noisy neighbours" have stopped the Old Trafford celebrations, the Beautiful Birds are keeping the Buccaneers on their toes, Matsatsantsa haunted their neighbours, Downs! So, South Africa will wait and see. I think a helicopter will have to be organised or jets to fly wherever these teams will be playing to drop the Absa Premiership trophy or the PSL will have to produce replica trophies.

As for Jomo Cosmos, Santos and Black Leopards, it is still a tough way out of the axe area. Our eyes will be glued on the Cosmos-Leopards game. Afterwards it will be on the Cosmos-Santos clash. If Manchester City could win it in the dying minutes, Cosmos might just surprise all of us. Asazi... Good luck to all of them and congratulations to the AmaTuks team. We wish them well in the elite league.

On a social network I received a post from Ms Sylvia Glade. Ms Glade writes: "Sir, please I need your help. We would like to take young girls off the streets by opening a netball academy in Regent Park.

"We have courts that stand open and have been vandalised. No one can direct me to the right person."

Dear Ms Glade, thanks for your Facebook post. On Friday, May 11, I presented the Department of Sport and Recreation's annual budget to Parliament. I made a clarion call, live on radio and television, to all parties to hold each other's hands in moving forward as we build sport and recreation in this country. Indeed, that call was and is influenced by the youth of this country.

It is influenced by those who want to invest their time and energy in making sure the spirit of Oliver Reginald Tambo's brave call to nations of the world to invest in the youth is realised. It is through people like you, Sylvia, that the future becomes certain for our youth.

The Department of Sport and Recreation is currently working on the facilities audit. The audit will tell us how many facilities we have in the country, how many are useable and how many have become white elephants. We have made a commitment to the people of South Africa that we must develop our youth for high performance.

These facilities in Joburg are part of the development of the youth.

It is disheartening to realise that government investment in sport and recreation through facilities is going to waste.

We appeal to the City of Joburg to come to the party and help people like Ms Sylvia Glade in using and making these facilities available to the public. When we launched the Volunteer Corps in Kempton Park earlier this year, we invited sport legends and other strategic role players to help us in the programme of development to yield positive results at international competitions. Municipalities have a major role to play in this regard.

Again, Ms Glade, we will provide you with the details of Netball SA, facilities and club development units in the department to help you. We would appreciate your response after you have made contact with these capable individuals in the interest of netball. As you might be aware, we will be launching the Professional Netball League by midyear. We want to see the country producing the best players. The plan on how the league will shape up will be revealed soon. We are encouraged by your request to be part of the solution.