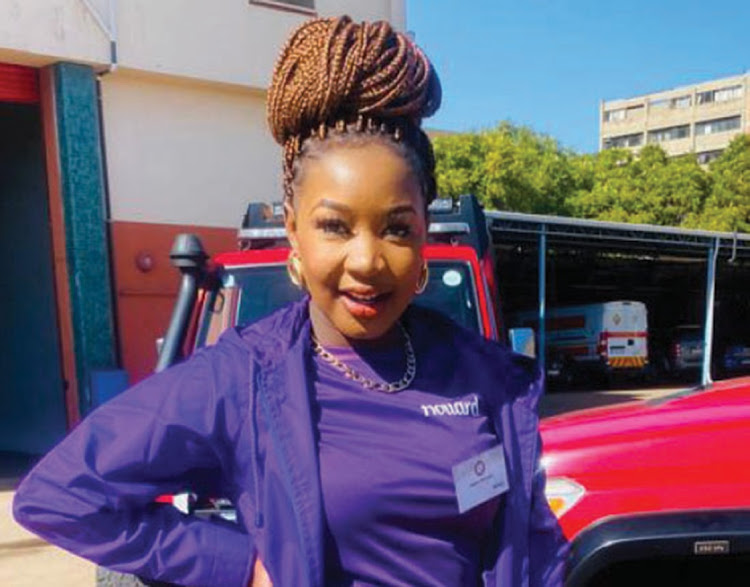 Muhle Mkhonto's job is critical to fighting fires in the City of Tshwane.
Image: Vukuzenzele

Muhle Mkhonto, 29, is one of 15 unemployed youth selected to take part in the Tshwane-Hollard Fire Hydrants Initiative, which is training young people to inspect fire hydrants throughout the city

This public-private partnership between the City of Tshwane, National Disaster Management Centre (NDMC) and Hollard was launched on June 14 to create employment and skills development opportunities while ensuring that the city’s fire hydrants are kept in working condition. A fire hydrant is a connection used by firefighters to tap into a water supply.

Mkhonto's job is critical to fighting fires in the City of Tshwane. A number of devastating fires have left South Africans reeling over the past few years, prompting Hollard to initiate a pilot project in the Eastern Cape in 2020, in partnership with the NDMC and the Kouga local municipality. In the pilot phase, nine unemployed youth were trained to inspect and maintain fire hydrants – one of the first and most important lines of defence in extinguishing fires before they rage out of control.

Due to the project’s success, it was also launched in Tshwane. Mkhonto checks that fire hydrants are in working order, logs faults, paints them and makes sure they are visible to emergency services personnel. All data is digitally captured via an app developed for the project.

Mkhonto, from Winternest in Tshwane, was unemployed before she joined the programme. While she started studying project management at the University of Cape Town, she was unable to complete her qualification due to financial challenges.

“I had a little side hustle, transporting children to preschool, while hunting for a job.”

She says the initiative has changed her life, as she now has better workplace skills and has undergone level three first aid training.

“Covid-19 resulted in the number of unemployed youth increasing and many people losing their jobs. Some are still struggling. I was one of these unemployed youth, but thanks to Hollard and the City of Tshwane I got the opportunity to learn new skills, serve my community and feed myself and my family,” says Mkhonto.

Hollard Insure CEO Nash Omar says that while inspecting fire hydrants to ensure they are well marked and operational may seem like a small intervention to some, it has a potentially massive ripple effect.

“The initiative is not only lowering the risk of fire damage to Tshwane residents, it is also giving vital skills to unemployed youth. By reducing fire risk, we are protecting lives and property and creating jobs – while saving the insurance industry millions of rands in claims,” he adds.

Working on Fire gears up for the fire season

About 90% of the fires during SA’s winter months are caused by human negligence.
SebenzaLIVE
2 months ago

Sello Matlhare (32) has proudly served Limpopo as part of the Working on Fire (WoF) team for the past 12 years.
SebenzaLIVE
4 months ago

Here's how to show support to burn survivors

Lebogang Mathabathe (33) from Ga-Rankuwa near Pretoria knows all too well how quickly accidents can happen.
SebenzaLIVE
1 year ago

WATCH | A single mom standing in the face of wildfire