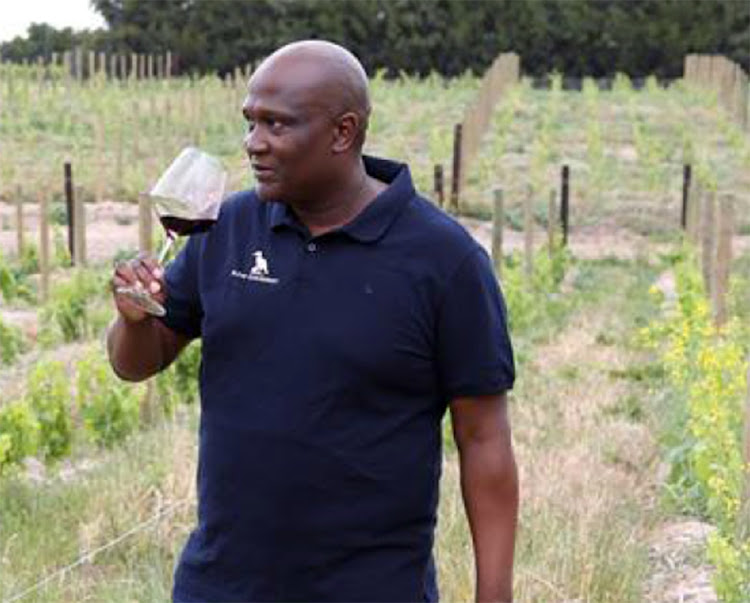 The child of a wine farm labourer, Paul Siguqa, has rewritten his story by becoming the owner of Klein Goederust Boutique Winery and Restaurant in Franschhoek, which is the only 100% black-owned wine farm in the area.

“I want to change two narratives with this wine farm. The first narrative is that the children of wine farm labourers will automatically follow in the same path.

"The second is that, as black people, we fail when we are given land,” says Siguqa, who bought the 10-hectare farm in 2019.

His mother, Nomaroma, was a farm labourer and later worked in the cellar of a local wine farm. She served as Siguqa’s inspiration.

Today, his top wine is named Nomaroma, in her honour.

The determination shown by Siguqa has seen him receiving a tractor from the Western Cape MEC of agriculture, Ivan Meyer. The handover formed part of the department’s producer support and development programme.

Previously, the department contributed towards the upgrading of the farm’s irrigation system.

This programme is facilitated by a state-owned company called Cape Agency for Sustainable Integrated Development in Rural Areas (Casidra).

In turn, Siguqa has been able to support the community by employing 17 people, who work on the farm, and in the wine tasting room and restaurant.

During a visit to the winery, minister of agriculture, land reform and rural development Thoko Didiza said the farm is going to be a great contributor to employment and tourism to the area.

“The opening of the wine tasting room and restaurant is testimony to the government’s efforts of ensuring equitable access and participation of black people in the wine value chain and the wine industry,” she said.

Siguqa says he owes much of his success to the government’s assistance and the bonds he has formed with established farmers. He says he is being mentored by Hanneli Rupert-Koegelenberg of La Motte wine estate.

Siwela Masoga is shaking up the wine industry.
SebenzaLIVE
3 years ago

Golden flames billow atop the stove. The cast iron pan heats up and the fragrance of frying onions fills the room.
SebenzaLIVE
6 months ago

Lockdown shutdown was a blessing in disguise for brewer

After Apiwe Nxusana-Mawela was forced to close her brewery because of the lockdown, she poured her heart out on social media, which landed her a ...
SebenzaLIVE
4 months ago
Next Article