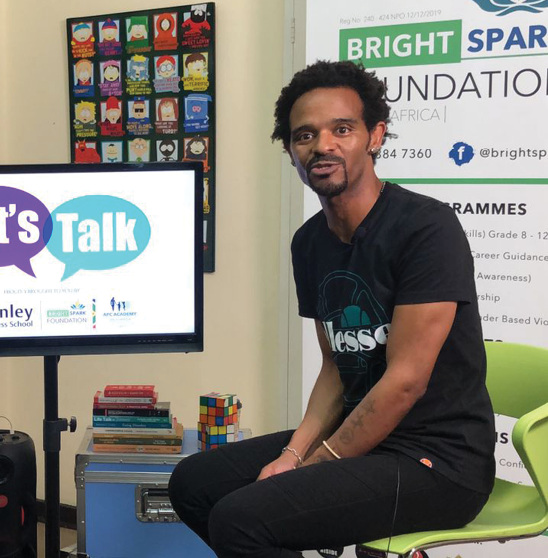 Former gang leader Welcome Witbooi (38) has warned parents to monitor their children closely and spend enough time with them to keep them away from gangs.

“It’s the small details parents must pay attention to. Suddenly coming home late is one of the critical signs. If your child is suddenly buying a cell phone or sneakers, you should be concerned and take immediate action,” he says.

Witbooi joined a gang at the age of 12. He says when The Firm, a gang that no longer exists, was recruiting him, it offered him the promise of a family structure.

“Before the gang recruits you, they know your family situation. If a parent interacts with their children, the gang can’t influence the child,” says Witbooi, who has formed BrightSpark Foundation SA to help youth stay away from gangs.

Adults play a crucial role in ending gang activity in their neighbourhoods.

The AGU engages with community members, non-governmental organisations that fight social ills, such as drug use.

“This helps us learn about the areas and individuals we should be looking at. In cases where people are not able to speak freely, they contact us directly and we meet them in a discreet and secure manner,” Wienand says.

The unit has 189 members conducting operations in the Western Cape, 132 in the Eastern Cape and 78 in Gauteng.

The AGU has also formed strong partnerships with various law enforcement bodies, including the Asset Forfeiture Unit, National Prosecuting Authority and the SAPS’ Detective Services. Together they have seized guns used by drug dealers.

Equipping youth with vital skills for the workplace

What happens when millions of young people can’t find work?
SebenzaLIVE
1 month ago

At camp hope, kids facing hardship can experience the freedom of childhood

Children facing hardships don’t get to live the carefree lives they deserve.
SebenzaLIVE
1 month ago
Next Article