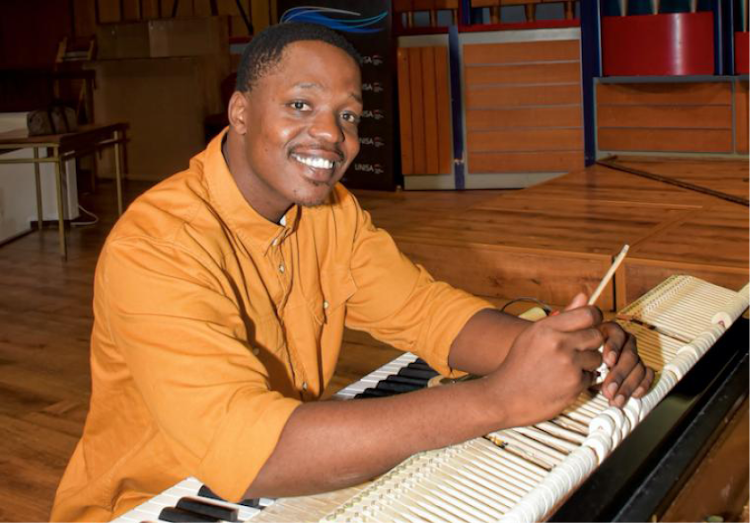 Soshanguve born teacher and musician Tshepiso Ledwaba, who became the first black Steinway piano-approved technician in Africa in 2019, is one of the most highly trained technicians in the world.

Ledwaba, who now lives in Tshwane, has been playing music since 2004 and has the sought after certified skill of repairing, maintaining, regulating and tuning pianos.

“I started my music journey at Boepathutse Junior Secondary School, when we started getting theory of music and recorded lessons from the University of South Africa’s (UNISA) Music Foundation. I first played the recorder and then the clarinet,” says Ledwaba.

In 2010, UNISA offered him a teaching contract and an opportunity to train young, black piano tuners.

John Cavanaugh, the Dir- ector of the Artist Diploma in Piano Technology at Oberlin College and Conservatory in Cleveland, Ohio, offered Ledwaba a full scholarship as a Steinway piano technician, while Unisa funded his travel and living expenses.

“I had extensive training for three years, working in partnership with piano makers Steinway & Sons, to help bridge the gap of competent technicians in piano technologies.

“Cavanaugh doubled as my mentor and instructor. Then I did my technical training in piano tuning, repair and maintenance,” says Ledwaba.

Motivated by Ledwaba’s success, UNISA has approved the creation of the Unisa Piano Repair Centre with Ledwaba as head technician. The centre will manage all of Unisa’s pianos and repair and service pianos for external clients.

“My job is to repair, maintain, regulate and tune pianos. This kind of work has been done mostly by white people in South Africa. Black people who were fortunate to get into the business, got minimal training,” says Ledwaba.

He adds that the country needs more well-trained, articulate technicians.

“Young people should follow what they are most passionate about, but also take up an activity in the arts.

“I think the arts really help with the stresses of unemployment and poverty in one’s life and it gives you a reason to get someone engaged in what you do,” says Ledwaba.

From being unemployed to baking their way to success

Goat and sheep farmers in the Northern Cape will now be able to export their products, thanks to a successful partnership that ensures goat and sheep ...
SebenzaLIVE
2 months ago
Next Article