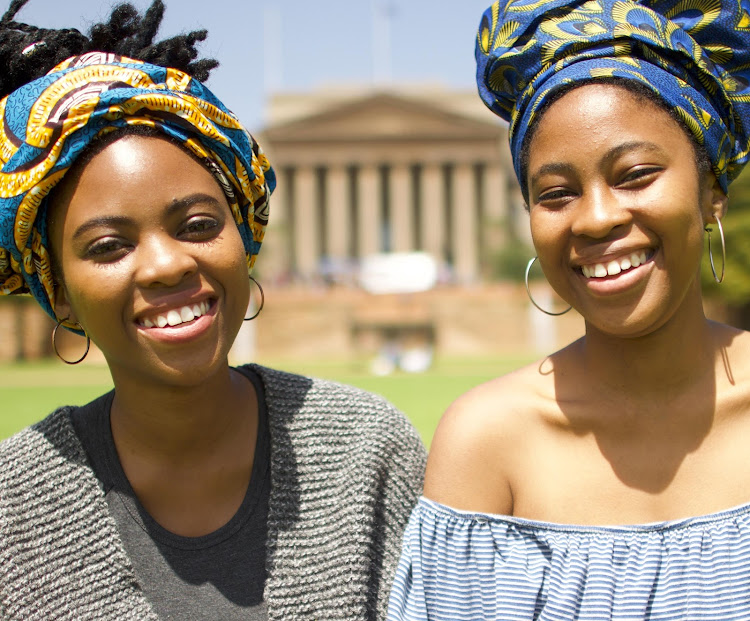 The youth of South Africa are fighting for their right to education. Protests have built to a crescendo in the last two academic years, and few would bet against this becoming an annual fixture.

But financial strain is just one of many barriers preventing scholars from realising their right to learn.

Girls across the country miss school each month during menstruation, because they lack access to sanitary products. Some lose up to three months per year.

The effect that these forced gaps in studying have on the learning experiences of women is serious and under-acknowledged.

But localised projects such as the Wits Pad Drive (WPD) have emerged to bring some immediate relief. This has inspired female students to come up with their own fund-raising schemes to contribute to the cause.

In support of the WPD, sisters Enhle and Mbali Khumalo started selling doeks. The pair eventually converted the idea into a sustainable business model, taking full advantage of the online space to branch out into fashion retail.

Through the sale of their distinctive headwear, MbalEnhlesis raised enough to purchase 3 000 sanitary towels for the WPD and continues to contribute to the cause, targeting exams as a particular time of need.

Their initiative is one positive step in an urgent nationwide struggle. Missed opportunities to receive instruction or guidance from teachers severely handicap students’ potential to succeed.

Access to education means more than just admission into an institution. It entails the ability to be present – something that the current cost of essential sanitary products compromises for many women.

Menstruation is natural, normal and an unchangeable part of life for half the country.

Thanks to the work of those like the Khumalo sisters, maybe society will start to acknowledge that basic truth.

WATCH | The feminist photographer showing that real is better than perfect

Sarah Isaacs stands still and gazes towards her subject.
SebenzaLIVE
1 year ago

Charcoal and pencils. That’s all Thabiso Mahlaba could afford while working as a shelf packer.
SebenzaLIVE
1 year ago

WATCH | Why these kids won’t give up on golf

For children used to the fast-paced thrill of soccer, golf can be pretty boring.
SebenzaLIVE
1 year ago
Next Article