Through initiatives like its 10% Millionaires Movement, the bank is helping a new generation of entrepreneurs to become more financially savvy, so they can make their dreams a reality 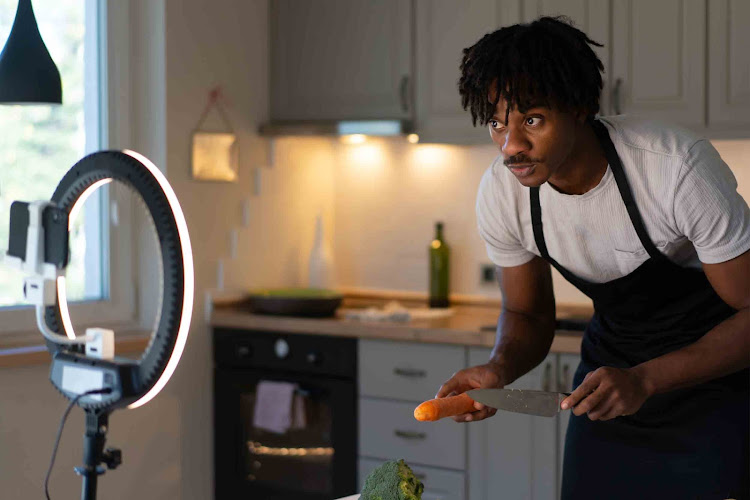 Video content creation is one of the new occupations that young South Africans are embracing.
Image: Supplied/Standard Bank

Digital technology platforms are giving rise to many new occupations and opportunities in a low-growth economy. Young creatives are finding and taking advantage of the many entrepreneurial opportunities that it offers. Video content creation has become one of the popular choices for these platforms.

There needs to be more recognition and support for all opportunities that have arisen in the digital age, says Jabu Nadia Newman, a young filmmaker and entrepreneur, who was recently afforded the opportunity to partner with Standard Bank to develop a TikTok film — watch it below — for the bank’s 10% Millionaires (10pM) Movement.

“This is because it’s become a viable way for people, especially young people in the country who possess innate talent and who may not be able to land a traditional job, to make something of themselves; to earn an income and to become successful,” says Newman.

Standard Bank recently launched the 10pM Movement to motivate young South Africans to save or generate their first R100,000 by the age of 30. It has been proven over time that many people often battle to overcome mental barriers when trying to make their first million. In recognition of this, the movement aims to encourage young people to build R100,000 in savings or investments, and become 10% millionaires, which may seem like more of an achievable goal.

“We want to ensure that young South Africans are on their way to the ‘big time’ by their late twenties,” says Lindy-Lou Alexander, brand and marketing head: Consumer and High Net Worth at Standard Bank.

“Young adults between 18 and 30 years are invited to sign up for the 10pM Movement where they will have the option of choosing to put away any amount that is possible for them each month. In addition, they can start boosting their income and savings from their inspiring hustles by taking up the campaign’s invitation to develop creative content on their 10pM journey.”

Newman, who was captivated by the art of storytelling through photography and film from a young age, explains that while there are lucrative opportunities available in the digital era, it can be difficult for creatives and freelancers in the creative industry to secure credit to pursue their dreams.

It is so comforting to know that there is a bank out there that understands these new occupations are viable options for the country’s youth to pursue, and that the bank is willing to invest and support and partner with creatives to support their goals and ambitions

Initiatives such as Standard Bank’s 10pM Movement are therefore so important, she says. “It is so comforting to know there is a bank out there that understands that these new occupations are viable options for the country’s youth to pursue, and that the bank is willing to invest in and partner with creatives to support their goals and ambitions.”

With the aim of amplifying the 10pM Movement, Standard Bank invited visual content creators such as Newman to put forward pitches to produce an inspiring and impactful 10pM film. Newman’s pitch stood out above the rest, and she worked closely with the bank’s agency partner, M&C Saatchi Abel, to develop and produce her film, which now lives on the TikTok platform.

Newman says she believes that initiatives such as the Standard Bank 10pM Movement play a critical role in inspiring and driving entrepreneurial spirit and mindset among SA’s youth, which will help to address the youth unemployment crisis that plagues the country and hinders its development.

“The campaign is impactful because of how it is conveyed: in a simplified manner. When you think that R100,000 is 10% of R1m, it feels like a more achievable goal that could be made possible by saving income received from an entrepreneurial hustle, or from a traditional job and by investing.”

She says the financial service sector can be scary for young people, and for anyone who is not in the world of finance. “The concepts can be difficult to grasp, like what products and services are right for you and how to make your money work for you. But what Standard Bank is doing through this campaign is simplifying financial education for a young audience.

“There are so many people I know in the creative industry who are my age and trying to break into this type of work. But it isn’t easy. And, as such, we need organisations that we can partner with to help us along the way, and guide us on how to be financially savvy and make our dreams a reality. It can be!”

This article was paid for by Standard Bank.

Four savings tools to kick-start your journey to financial freedom

SPONSORED | Standard Bank's Thopi Mhloli says you can simply put money away with their PureSave, MarketLink, group and tax-free savings accounts to ...
S Mag
1 month ago

Make sure your international trip is hassle-free with travel insurance

SPONSORED | Standard Bank travel insurance compensates you for trip cancellations, medical emergencies and the loss of important documents when ...
S Mag
4 weeks ago

SPONSORED | Beneficiaries from underprivileged backgrounds achieve a 92% matric pass rate, giving them an opportunity to harness their talents at ...
News
3 months ago
Next Article