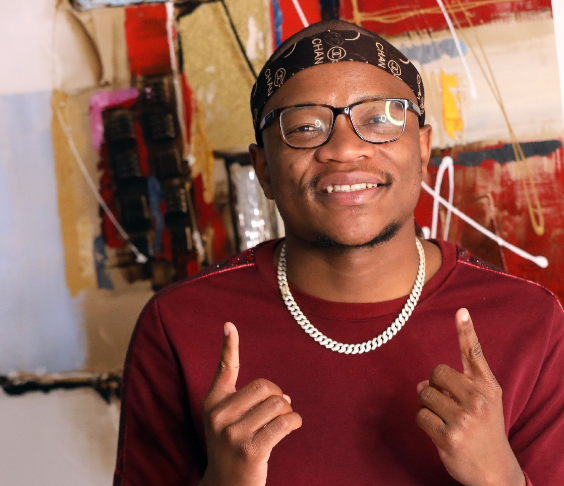 As we continue to live life under lockdown, our weekends have proven to be less than entertaining.

Social media seems to be the only source of excitement, and this weekend saw two local musicians battle for royalties of a song that still has the world dancing a year and a half later.

Music producer Master KG found himself facing criticism from South Africans after vocalist Nomcebo Zikode released a statement claiming that she has not received "a cent" for her contribution to the hit song, Jerusalema.

As many social media users started dragging his name which landed him on the Twitter trends list, Master KG was left with no choice but to clear his name by refuting the claims.

The music producer took to Twitter and revealed that Zikode demanded more than what they had agreed on.

He also mentioned in a tweet that he later deleted, that Zikode had received over a million rands from the song so far.

In a series of tweets, Master KG continued to rubbish the singer's claims.

"Can you confirm that you received R1.5m so far from Jerusalema? And before I explain many things, you guys haven't paid me for Xola Moya Wami... and again, Nomcebo can you tell these people that you are demanding a bigger percentage than mine on this song?"

In another tweet, Master KG said Nomcebo went to the papers after he started his tour a few weeks ago, while she had gone on tour last year without telling him.

“Last year Nomcebo started Jerusalema tour without me and I never had a problem and a few weeks back I started my tour and then Nomcebo went to the media and created a story that I'm leaving her behind ... I don't really know why things must be like this," he tweeted.

As he turned 26 over the weekend, aspiring actor and businessman Mohale Motaung got people talking when they noticed that he celebrated his birthday without his husband media personality Somizi Mhlongo.

The actor was in high spirits over the weekend when he turned another milestone and although he couldn’t celebrate his birthday in style due to intense restrictions, he spent it with model Wiseman Zitha which had social media users wondering whether there was something happening between the two.

If "regal goddess" was the look American singer Keri Hilson was going with with this outfit, then she absolutely nailed it.

The singer gave us elite summer vibes when she stepped out in this elegant olive number that she paired a brown hat and orange statement piece earrings.

Dripping with all that gorgeous melanin, Keri sure made us wish we could fast forward to summer!

A roundup of three things from the weekend.
S Mag
3 weeks ago

Here's how the weekend was in a nutshell.
S Mag
1 month ago

The American singer and her man A$AP Rocky have been longtime friends before they started dating.
S Mag
3 weeks ago

A roundup of three things from the weekend.
S Mag
1 month ago

A roundup of three things from the weekend.
S Mag
1 month ago
Next Article