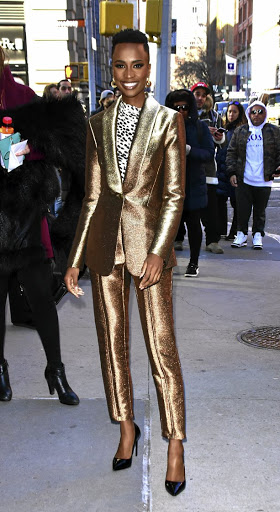 Just six months ago Zozibini Tunzi was an eager intern at a Cape Town public relations firm. Then in August she won Miss SA and her life changed instantly.

But on December 8 her trajectory rocketed when she was crowned Miss Universe 2019 in a star-studded pageant in Atlanta in the US.

For many, the sudden catapult into the international limelight would be difficult to manoeuvre. But Tunzi, 26, the daughter of an Eastern Cape high school principal and a national education department official, has taken it with grace and finesse.

This week she moved into a luxury apartment in Manhattan, New York City. It will be her home for the year of her reign.

"The apartment is so fantastic, with the most beautiful view," she told the Sunday Times.

"There are three bedrooms and my roommate is Miss USA [Cheslie Kryst], so that's the exciting thing, having a roommate ... especially moving to a city and a country that you don't know. I think she and I are going to get along so well."

Tunzi hit the ground running on her first day as Miss Universe, with an early-morning wake-up call to get ready for her television interview on Good Morning America, the nation's most-watched morning programme, with over 3.7-million viewers.

That was followed by nine more media interviews before lunchtime and a jam-packed schedule of back-to-back appearances, more interviews, fittings, photo shoots and charity events through the day and evening.

The schedule is frenetic but the perks include a substantial salary - believed to be more than $100,000 (about R1.5m) in total - use of the apartment, clothing, styling, travel and living expenses. But most important for her is the huge exposure she will receive for the causes and charities she supports - including those in SA. 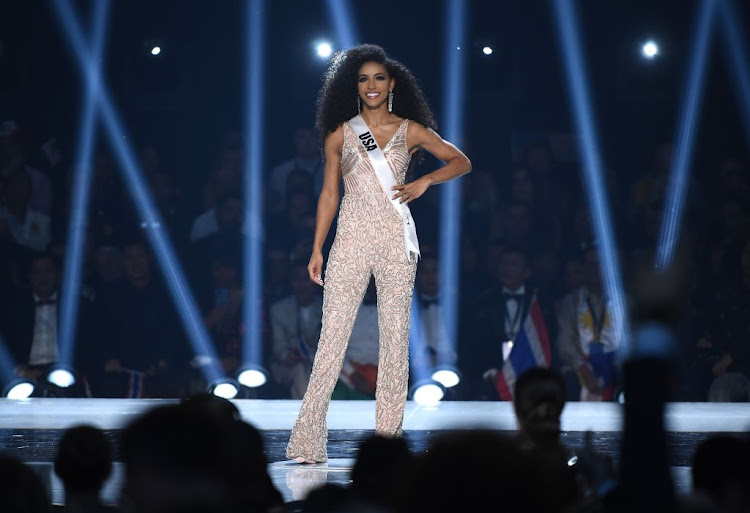 Miss USA, Cheslie Kryst, who competed against Zozibini Tunzi in the Miss Universe pageant, will be her roommate for the next year. The pair will be sharing an apartment in New York city.
Image: FOX via Getty Images

Tunzi's message of natural beauty and the importance of shifting antiquated beauty standards lit up social media across the globe this week and inspired conversations and debates.

Everyone from rural girls to media mogul Oprah Winfrey reached out in support, with the US businesswoman inviting her to visit her leadership academy in SA.

Tunzi's eyes light up at the mention of Winfrey. "Yes, Oprah, Oprah! She built this school for girls to learn leadership skills and to be women who utilise those skills and positions and place themselves very high in society. So to be invited there by Oprah is an absolute honour for me and I can't wait to take it up. Just to meet all those girls who are there and hear their opinions and what they have to say about the world and where they see themselves in the world."

Tunzi's road to Miss Universe was not without hurdles. She first entered Miss SA in 2017 sporting a long weave and strong makeup. She placed in the top 26.

She took another shot at the title this year - without the weave and with less makeup. 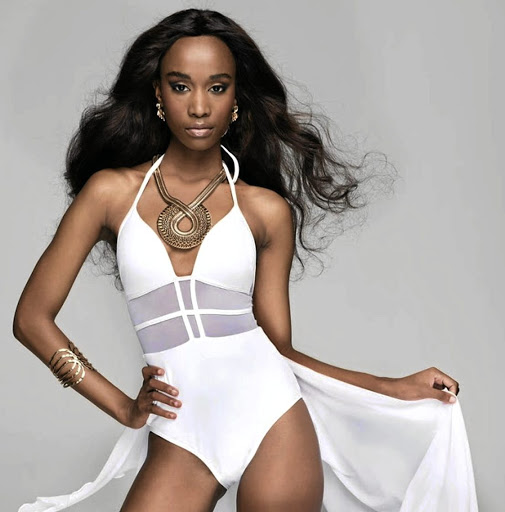 Zozibini Tunzi with a weave at Miss SA in 2017, when she made it to the pageant semi finals.
Image: Supplied

"I wanted to try something different. I had conversations with friends and stylists who kept on asking me to add weaves, change my hair, add more makeup. That's when I knew there was a problem and we needed to change that way of thinking.

"I decided to keep my hair short, embrace my natural look. If they take me the way that I am, fantastic, if they don't, that's fine too. They took a chance on me and now here I am."

She is the Miss Universe pageant's first black winner since Leila Lopes of Angola won in 2011.

"Being beautiful is all about representation and inclusion, and now we're finally embracing it so much and showing the world and different people that you can be whoever you dream to be," Tunzi said.

"Black women have always been great and powerful. They just maybe never had the platform before."

She said her role of Miss Universe includes inspiring others to exceed her example. "I'm not the stopping point. You should see me and then keep moving forward. Women should be confident that they can aspire, and inspire others, to be leaders."

Tunzi said one of the highlights of her year was meeting the Springboks at OR Tambo airport after their Rugby World Cup win in Japan.

"Winning that World Cup together meant that so much can be achieved if we're able to work together and push ourselves forward. So for me to meet the team straight after they won was so inspiring, especially under the leadership of Siya Kolisi. I wish we could fast-track to a place where race is no longer an issue, where we can all celebrate together our differences.

"I really have so much hope for SA. I see us moving forward, trying to push through whatever barriers we are facing and becoming the rainbow nation we are known to be."

Here are seven things you might not have known about the newly crowned Miss Universe, Zozibini Tunzi.
S Mag
1 year ago

Bling bling! Here's how much Zozibini Tunzi's Miss Universe crown is worth