See why Caster Semenya and Violet are #CoupleGoals 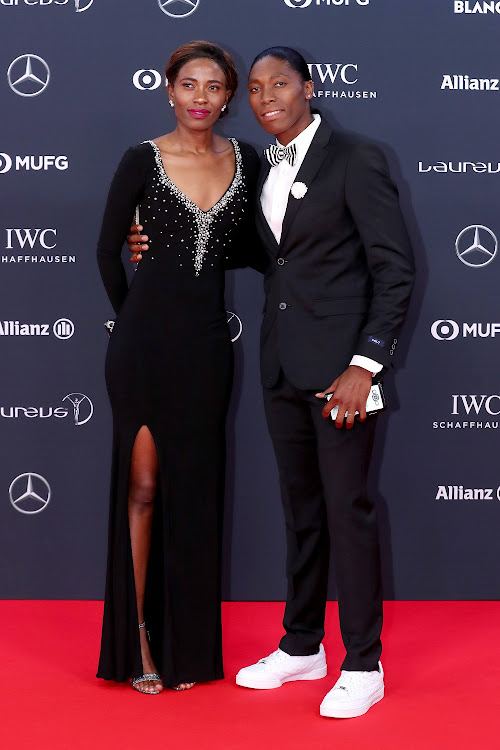 Caster Semenya has been flying the flag high for the country at the 2018 Commonwealth Awards where she has been dominating her events.

The athlete earlier today, won her second gold medal at the Games when she led the pack in the Women's 800m race, winning in a Games record time of 1min 56.68sec.

On Tuesday she again made history when she broke Zola Budd’s 34-year-long South African record when she won the women’s 1500m race, adding to her stash of gold medals.

Needless to say, the country has remained firmly behind the runner, who is a fan favourite, but her biggest fan remains her wife Violet.

Prior to Caster’s 1500m race, Violet posted a message of support, confirming what we always suspected, that she cheers the loudest.

Violet, sporting a "Team Cobra" t-shirt, Instagrammed: "She knows I'm her biggest fan, I cheer for her louder than anyone".

Caster was of course quick to recognise her bae, responding to the message with “yes yes yes.. I love this..”

The couple who were married in traditional ceremony in 2015, then re-celebrated their union in a white wedding in 2017.  Throughout their relationship, the two have consistently displayed #couplegoals, letting us into their love story with several loved up images of the themselves.

As we celebrate Caster’s gold medals, we also celebrate her and her number one fan's love with some of our favourite images they have shared with us.