Petulant Khama must be reined in 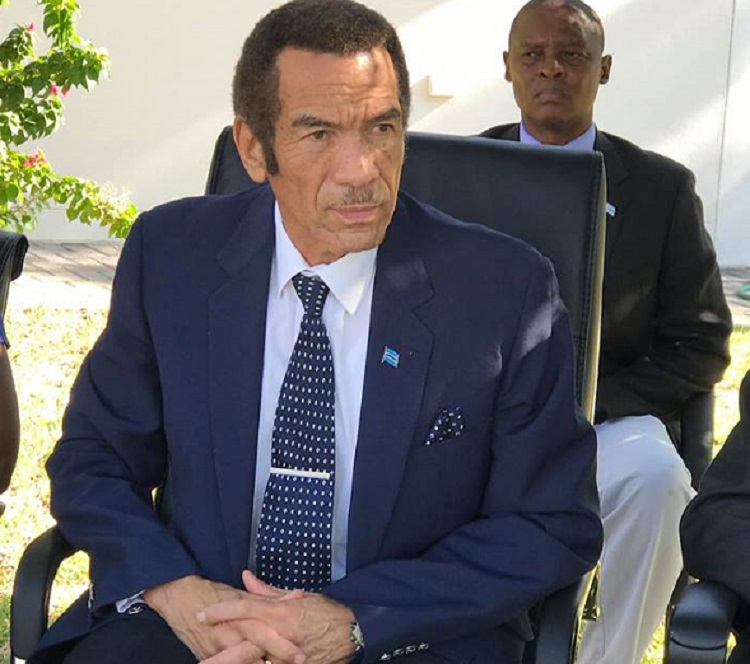 The petulant Ian Khama resigned from the political party his father co-founded, the Botswana Democratic Party (BDP), because his successor, Mokgweetsi Masisi, refused to play second fiddle and act as "regent" for Khama.

Khama has now given support to the opposition, aligning himself with the newly established Botswana Patriotic Front.

Masisi's father was also a founding member of the BDP. Khama, who was a bad and corrupt leader, is using the ethnic card to undermine Masisi. He behaves as if Botswana belongs to Bangwato and it's his personal fiefdom. The other members of Batswana royalty played a bigger role in the establishment of Botswana as an independent state while Khama's father, Seretse Khama, was in exile.

Khama's antics are no surprise; he is not known to be a brilliant person. He was sent with the son of one of the first ministers BC Thema, Matlhomola Thema, to military colleges abroad. When they went to study abroad, Matlhomola already had a BA degree from Roma in Lesotho and excelled in his studies while Khama failed.

When they returned home, his father made him commander of the Botswana Defence Force, making Thema his subordinate. Thema would have none of it and resigned.

Masisi must rein Ian Khama in. Botswana is not a Khama dynasty.