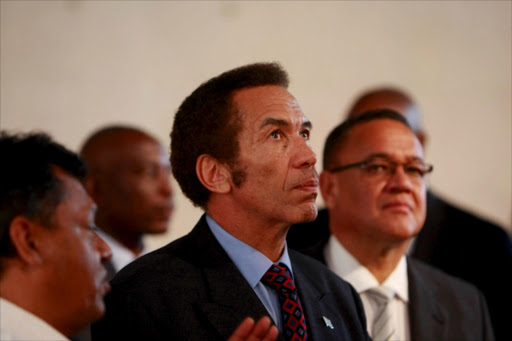 Zimbabwe President Robert Mugabe should end his attempts to remain in office after the military seized power this week as he has no regional diplomatic support to stay in power, Botswana President Ian Khama said on Friday.

The military intervention, which political sources say could pave the way to a national unity government after 37 years of Mugabe rule, also presented “an opportunity to put Zimbabwe on a path to peace and prosperity“, Khama told Reuters.

“I don’t think anyone should be President for that amount of time. We are Presidents, we are not monarchs. It’s just common sense,” Khama said.

The leader of Zimbabwe’s war veterans association, an influential voice in national politics, on Friday said Mugabe must step down at once and urged people to protest against the veteran leader.

Christopher Mutsvangwa told a press conference that the “game was up” for Mugabe and his wife Grace, and he called for a huge turnout at street protests planned for Saturday in Harare.

Fate of Zimbabwe's Mugabe hangs in the balance amid coup confusion

Robert Mugabe's fate hung in the balance on Friday as he apparently resisted efforts to make him step down.
News
4 years ago
Next Article