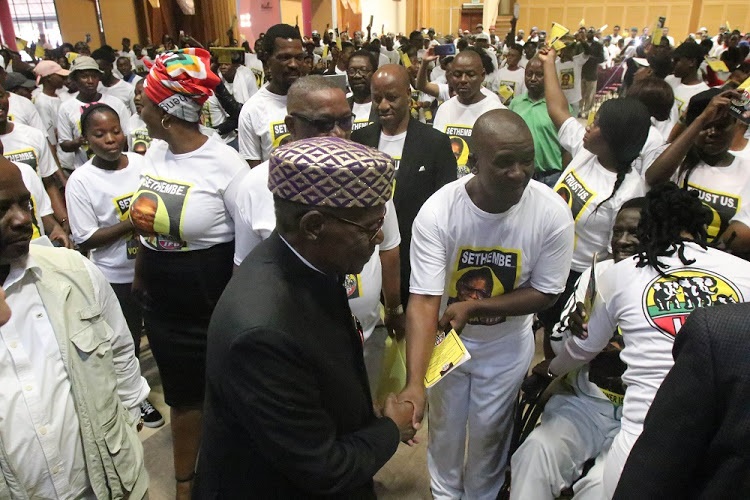 We would like to categorically deny the allegations made by Frank Maponya, a Sowetan journalist, that people were bribed with T-shirts to impersonate IFP members at our rally in Polokwane at the Jack Botes Hall. The article was published online on Sunday, 14 April 2019.

We believe that the journalist knows very well what had transpired at the event and yet allowed himself to be used in this deliberate effort to discredit the IFP by writing a false narrative on the IFP's membership numbers in Limpopo.

We also believe that the journalist did not investigate the matter thoroughly before he concluded to publish a piece based on fiction and not facts.

We do not take kindly to the ill-intent of the piece written by Mr Maponya painting our party in a very negative light, and therefore we request an apology and retraction of this story.

IFP to probe allegations of rented crowd during Limpopo rally

The Inkatha Freedom Party (IFP) would investigate allegations that people were bribed with T-shirts to impersonate members of the party during its ...
News
3 years ago

We have many branches in Limpopo, we need not resort to cheap tactics and schemes in order to appear as something we are not. It is far-fetched to even imagine that the IFP would approach random strangers on the streets and convince them to show up in IFP attire.

Fortunately, we had a similar incident on the Thursday leading up to our rally at a Thobela FM political debate hosted by the SABC, where we found that certain individuals had been found to have impersonated members of the IFP - to what end, we haven't a clue. Clearly it is a targeted effort to spread fake news and discredit our organisation.

We did not take that incident lying down; we immediately after learning what had transpired took the matter to the police and obtained a case no. 395/04/2019 as a result of the charges we laid.

Therefore, by the time these claims on Saturday were made, we were already on high alert and had taken extra precaution to ensure that our representatives were in fact our people. That is why I had stated that we will investigate this matter.

Investigations were conducted by myself and my colleagues in order to ascertain the validity of the claims that we had brought in paid members in order "to look good in numbers in Polokwane", a stunt we need not resort to as we have shown considerable growth in Limpopo.

The person that the journalist claims to have interviewed we found he is in fact an EFF member from Sinthumule Gogobole and the journalist either just used a random name or is intentionally trying to stir some trouble between the two parties.

We as a party refuse to accept this kind of abuse and blatant disrespect, especially at such a critical time in the political calendar. Other political parties' resort to rent-a-crowd tactics; it has never been a tactic of the IFP as we are not desperate to fill seats at our events.

We stand by our story as reported. - Editor