Poverty should not limit access to quality health care 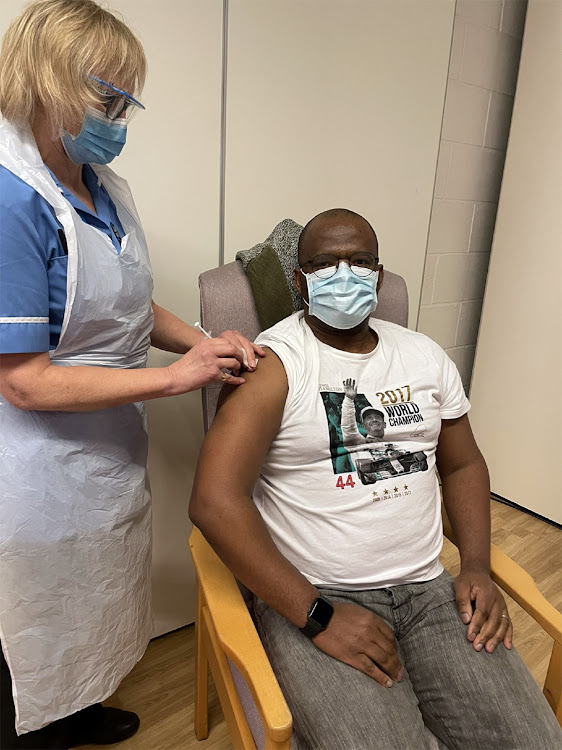 Dr Sangxa Rozani, a South African expat who works in Manchester, UK, believes that conspiracies about the Covid-19 vaccines are detrimental in the fight against the virus in South Africa.
Image: SUPPLIED

A Twitter user who claimed to be stricken with cystic fibrosis recently put up a post asking for funding for an important test she needed. The disease is life-threatening as it damages the lungs and digestive system, making them susceptible to infections.

As a doctor, I was naturally interested in what this test was. She posted the lab test request form, which revealed that the test in question was a blood test to establish the nature of the infection she had so that doctors could identify the right antibiotic treatment. Later, she posted an update saying that she had managed to raise the funds and the test had been done at a cost of about R320.

This is one of the cheapest medical tests, yet she clearly could not afford it. This demonstrates the link between poverty and limited access to prompt and good quality health care. Though the details on the young lady’s Twitter profile suggested that she is in Swaziland, such appeals for public help to access medical care are not uncommon in SA as well, a symptom of a failed public health system.

This case made me think about what our governments in the region are supposed to do to provide all their citizens with good quality health care. In many countries that solution is called universal health coverage.

Universal health coverage is defined as ensuring that all people have access to needed health services (including prevention, promotion, treatment, rehabilitation and palliation) of sufficient quality to be effective while not exposing the user to financial hardship. Universal health coverage has therefore become a goal for health reform in many countries and a priority for the World Health Organisation (WHO).

The WHO says good health is essential to sustained economic and social development and poverty reduction. Access to vital health care services is crucial for maintaining and improving health, and for protecting the dignity of those who fall ill and need urgent health care. At the same time, people need to be protected from being pushed into poverty because of the cost of healthcare.

Former US president Barack Obama’s 2008 presidential campaign was premised on the idea of universal health care. In 2011 he was able to get the Affordable Health Care for America Act passed. It is the law commonly referred to as “Obamacare”. The benefits of this law remain popular in the US.

The National Health Service, runs public health facilities across England and is mandated to provide a comprehensive service that is available to all irrespective of age, gender, disability, race, sexual orientation, religion or belief. Access to NHS services is based on clinical (medical) need and not an individual’s ability to pay; and care is never refused on unreasonable grounds.

In short, where there is universal healthcare, poverty does not condemn people to dying needlessly or having to beg on the streets or social media to access basic tests that should be easily accessible. It goes without saying that SA and its neighbours like Swaziland have severe socioeconomic challenges, including high unemployment and poverty. They cannot sustainably uplift the poor and bring prosperity without adequate public healthcare.

This equation has now been brought into sharp focus by Covid-19, which continues to shut down economies and worsen poverty. Without widespread and rapid vaccination programmes, it will not be possible to completely reopen economies so that people can find work and uplift themselves from poverty.

A week ago, the UK had a record-breaking day with 844,285 vaccine doses given. To date, almost half of all UK adults have been vaccinated, with 2.1m having received the second dose.

As things stand, the SA government is still only embarking on an implementation study rather than a public vaccination programme.

SA has Africa’s worst recorded Covid caseload, with the official tally at 1.53m infections and more than 51,420 deaths, yet it has so far vaccinated only 147,750 health workers. The government aims to inoculate 40m adults by year’s end, according to an article in the Business Day.

Discovery Health CEO Ryan Noach said the medical aid believed many deaths could be avoided “if we are able to vaccinate all high-risk groups, including people over the age of 60 and people living with multiple comorbidities, by midwinter, with the balance of the population being vaccinated before the end of the year”.

Covid-19 is SA’s most pressing issue and should be on the top of the government’s list of priorities. The country also has sufficient resources to procure all the vaccines it needs to make everyone safe before further mutations develop, as they have been. It should be a source of shame that our African neighbours with far less resources and infrastructure are already on mass vaccination programmes while SA is stuck in a study with no comprehensive plan or timelines for its implementation.

But then again, in a country and region where people have to beg strangers for money to access a simple test, what made us think a rapid and comprehensive vaccination programme could be pulled off by the same people who have been failing us for so long?

This week deputy minister in the presidency Thembi Siweya claimed in an interview that SA’s Covid-19 vaccine rollout was happening all over the ...
Opinion
9 months ago

Ndivhuwo Nesani travels across a rugged landscape in the far north of Limpopo province, to reach a clinic for her six-month-old baby's monthly ...
News
9 months ago

Dr Thakgalo Thibela, who hails from a village in Bushbuckridge, Mpumalanga, matriculated at the age of 15, in 2015, with seven distinctions.
SebenzaLIVE
9 months ago
Next Article