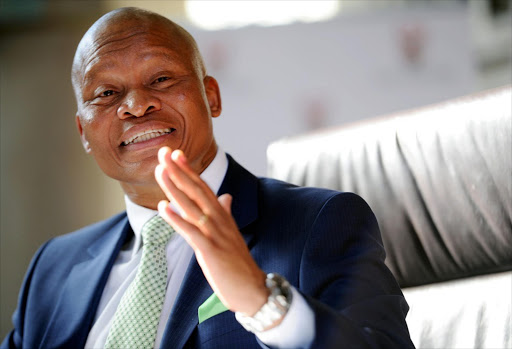 Like any citizen, chief justice Mogoeng Mogoeng has every right to express personal views on any matter deemed of public interest.

For most of his tenure leading the Constitutional Court, Mogoeng has largely enjoyed overwhelming public support earned through some of his groundbreaking judgments.

In recent years he has increasingly assumed a somewhat public moral guidance persona, anchored unapologetically on his Christian beliefs.

He has spoken out on issues of public discourse on many platforms to which he has been invited.

It has been fascinating and at times awkward to watch as he ventured into highly contested matters of public debate which may ultimately land before our courts.

His comments on Israel during a Jerusalem Post webinar were largely interpreted as support for an apartheid state and in contravention of our government policy in this regard.

Predictably, he drew serious backlash from sympathisers of Palestine here and abroad.

Quoting biblical scriptures, Mogoeng said he was, as a Christian, obliged to love Israel and to pray for peace in Jerusalem.

His critics have condemned what they said was his literal interpretation of scripture that was ahistorical and devoid of the political context of the Middle East.

The sting in Mogoeng's comments is what some have characterised as his ignorance of human rights violations by Israeli forces when he as the champion of our constitution ought to universally subscribe to its principles and legal precedents.

Many others, however, have come out in support of Mogoeng on the basis that his statements were simply an expression of his religious convictions and were not by themselves aimed at undermining SA foreign policy.

Indeed, the chief justice's right to speak his mind must be protected and upheld.

However, in doing so he carries an immense responsibility to ensure that when scrutinised, his views do not in reality or by perception, compromise the integrity and standing of the apex court.