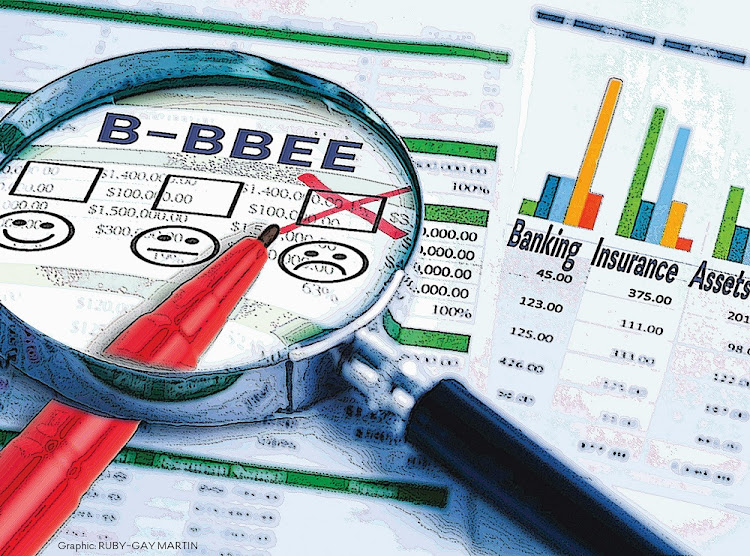 BEE has been identified as the number one legislative challenge to doing business in the country, the writer says.
Image: Ruby-Gay Martin

Two weeks ago, the DA released its draft economic justice policy, reflecting our plan to beat the past and build the future.

BEE finds its most ardent support among commentators. An editorial run by The Sowetan last week reads, "It'll be hard for DA to outsell BEE". The picture on the ground paints a very different story.

We know that BEE finds no favour neither among investors nor among the general public. The latest Business Climate Survey conducted by the EU Chamber of Commerce in SA, representing the country's largest trading bloc, indicates BEE as the number one legislative challenge to doing business in the country.

The policy does not find any more favour among members of the public. The South African Institute of Race Relations' survey shows that 50.6% of South Africans believe that BEE has benefited poor black people, 37.6% their community, 13.9% someone they know. It is interesting to note that the percentage reduces the closer to home the question gets.

This may reflect that there is a higher perception that BEE benefits black people, but few black South Africans actually know anyone who it is has benefited.

Some may wish to argue that indeed the environment is ripe for an alternative, however, not a non-racial alternative. This too is unlikely; the South African Reconciliation Barometer conducted by the Institute of Justice and Reconciliation reflects that less than 50% of South Africans support a racial approach to transformation.

It is perfectly acceptable for commentators to say that the approach does not appeal to them personally, but it is not justified to make untested claims about public perceptions. There is no public poll which supports the idea that an alternative would be unpopular; in fact surveys tend towards the opposite conclusion.

Former DA leader Tony Leon has lamented the BEE policy of the ANC government as "a scam" that only benefits those connected to ANC leadership.
News
2 years ago

Fake news feeds on our preconceived ideas and biases

Be very honest with yourself about your own preconceived ideas and biases and how these make you strong in some ways, but also very vulnerable in ...
Opinion
2 years ago

Apartheid was a system built on racial subjugation, of that there can be no doubt. Anybody who denies this would be pushing an erroneous version of history.

What are some of the profound legacies of apartheid? Poverty, poor educational outcomes due to a differentiated education system, unemployment, spatial inequalities and the breakdown of the family due to a migratory system of labour, inequalities in healthcare, and vast differences in the accumulation of wealth. Our draft proposes how we can address all of these areas.

There is no doubt that South Africans who would have been classified as black under apartheid are most disadvantaged in these areas; therefore if we focus on these areas of disadvantage the overwhelming majority of beneficiaries would be black.

If the beneficiaries of disadvantage-based policies will mostly be black anyway why not just use race instead of disadvantage? For two important reasons:

1) It is more effective to use disadvantage because you can ensure all beneficiaries do in fact face exclusion. If you use race, then there is no differentiation between those who no longer require assistance and those who need to be prioritised. Because your race does not change no matter how empowered you become.

2) We can begin to deconstruct apartheid racial categories. Typically, the reason for preserving the use of racial categories is that it is necessary for redress purposes. This argument becomes moot if we can identify who the disadvantage are by assessing their means (eg as we do in disbursing student bursaries and rolling out social grants).

*Ngwenya is the head of policy at the DA.