Fake news feeds on our preconceived ideas and biases 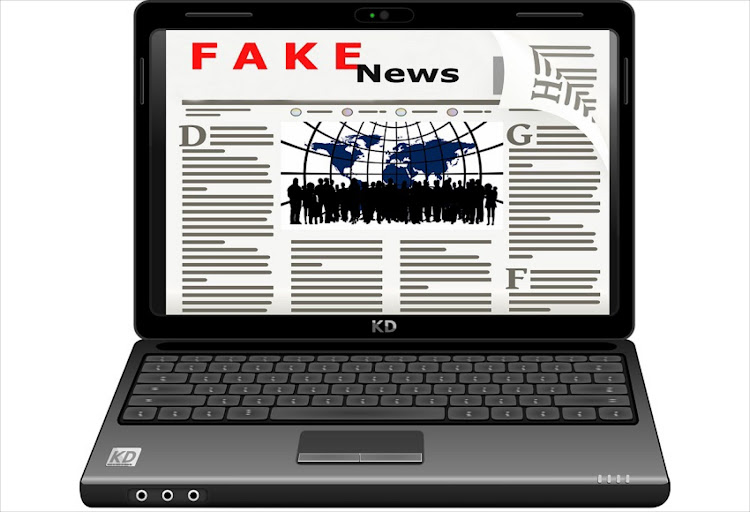 The writer points out that a lie can go viral with a catastrophic impact and is close to impossible to counter an untruth today due to social media.
Image: STOCK IMAGE

There has been a renewed interest in fake news since the election of Donald Trump as president of the United States.

He infamously and publicly labels anybody who criticises him as fake news distributors.

But the spread of fake news is by no means a recent occurrence. Fake news has over many centuries been used by some to influence people to vote, believe, act, or purchase differently.

What makes the impact of fake news so important today is the fact that it is published on social media. Today a lie can go viral with a catastrophic impact and is close to impossible to counter an untruth.

The owners of social media platforms are continuously confronted with their responsibility to manage fake news.

Governments are also seeking an answer in how to balance the educational benefits of social media, freedom of speech and consequences of fake news.

The often overlooked question is what is our responsibilities as users of social media in being able to spot fake news and not react on it; and ultimately why we believe and act on false news.

The answer can be found in the prevalence of lies in our lives and our emotional response to the information we are given.

We all lie - some just more than others.

Although people have been lying since the earliest days, it has never had such potential as is provided by social media platforms today.

If we then accept that fake news exists in life and also on social media, why is it so difficult to recognise it and why do such messages at times, go viral?

It is well known that fake news is particularly prevalent in societies that are polarized, volatile and where tensions run high.

People are highly susceptible to fake news when their environment is tense, fearful, or angry. This provides ideal circumstances for devious characters to 'plant' false information - for their own benefit.

If the fake news triggers emotions of fear or anger, people often feel threatened and act impulsively rather than check the accuracy of the information.

People are even more susceptible to lies or fake news if it fits their experience and pre-existing beliefs.

Such beliefs become even more fixed if it corresponds with the beliefs of family and friends.

What satisfaction can there be in posting fake news?

By escalating traffic to their 'site' they can make money;

They are so convinced of their own subjective opinions, even if factually unverified and untrue, to convince others of their view;

They see posting false information as a game and regard it as fun to see the impact of their lies and misinformation on others irrespective of its impact.

They have criminal intent and wish to manipulate and swindle people, or even to create chaos to serve their own lust for power.

How can honest and trusting people become social media resilient?

Be very honest with yourself about your own preconceived ideas and biases and how these make you strong in some ways, but also very vulnerable in other ways.

Recognise how false news, such as pictures, shocking facts, personal attacks on people, could be attempts to impact you emotionally - to somebody else's benefit.

Counteract the tendency to be too trusting by asking for facts, detail, sources, alternative views, and verification. Remember something is not necessarily true just because 'everybody says so'.