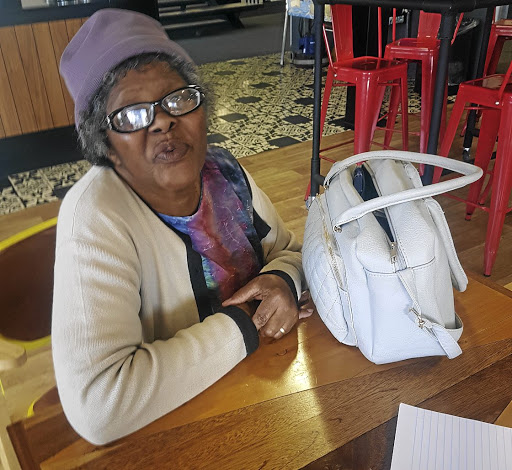 Maria Ndinisa of Meadowlands, Soweto is having sleepless nights over the R83000 bill sent to her by Eskom.
Image: THULI ZUNGU

A Soweto pensioner wants answers from Eskom on how her electricity bill skyrocketed from R18000 to R81000 and finally R83000 in one month.

Maria Ndinisa, 69, of Meadowlands, who lives with her two sons and three tenants, said she always pays something every month to try to keep the interest from rising.

Ndinisa said she paid about R300 a month while most Soweto residents are not paying at all, except those who have installed meter boxes.

"I paid whatever I could from my government grant so that I don't live for mahala [free]," said Ndinisa.

Though she has a geyser, Ndinisa said it's always switched off as they all boilwater with an electric kettle.

In winter, she said, she does not use a heater but makes a fire to warm her house.

"Assume the tenants used heaters, that would not escalate to R83000," she said.

She said she does not leave unused appliances plugged in.

"I use power-saving globes and only light up the room that I am using," Ndinisa said.

She said she had heeded the advice to upgrade her electronic appliances to new, energy-efficient models because the old ones consume more electricity.

On the day she was at Eskom to complain about her high bill she received a text message notifying her "to pay R83000 to Eskom to avoid disconnection".

Subsequent to Consumer Line's intervention she was advised to instal prepaid meter boxes for her tenants and sons, which she did.

"This still does not explain how my bill ballooned to R83000," she said.

Ndinisa said Eskom always disturbs her sleep by sending her messages in the middle of the night.

"I think they want me to die from heart attack, who does that?"

Tumi Moloi of stakeholder & media relations at Eskom said they will conduct a further investigation into Ndinisa's matter.

Moloi said they had been in contact with Ndinisa and their team also paid her a visit to her home where the bill was explained to her and how she can manage it henceforth.

However, Ndinisa said they only told her they will instal a prepaid meter at the main house to solve her problem.

She said this has not been done since the last time they visited her house.

"They keep sending threatening text messages instead of honouring their undertaking," Ndinisa said.

"Please help to heal my sleepless nights and headaches."

Bumpy ride for an unsuspecting buyer.
Opinion
3 years ago
Next Article