Mohlala out to get bad landlords 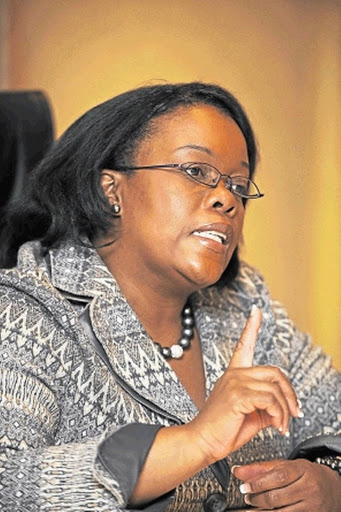 If you are a landlord and a repeat offender who keeps cutting off water, electricity and locking out tenants, woe unto you: the Housing Tribunal is out to get you.

Former National Consumer Commissioner Mamodupi Mohlala, now the chairwoman of the Gauteng Housing Tribunal, said her office has noted a spike of complaints against landlords who lock out tenants without following proper procedures.

Mohlala said non-compliance was a criminal offence and her office would ensure the prosecution of the landlords who defy determinations which are enforceable.

Mohlala said most of the offending landlords know what the law entails, but have no regard for it and the rulings issued against them.

She said some charge tenants fees for refuse removal and impose rates charges when only landlords are liable for them.

Last week alone Mohlala's office rescued a tenant who was charged R13900 for repairs to the lift after her son was stuck in it for hours.

Thamsanqa Nxumalo, 13, of Trentbridge Court in Berea , Johannesburg, came home from school in August when the building's lift got stuck with him alone inside. Thamsanqa  panicked and fainted.

When he regained consciousness he kicked open the door of the lift.

His mother, Sarah, was then charged R13900, which the landlord used to fix the lift door her son had kicked open.

Mohlala said the landlord had a duty to maintain and repair the rented building.

Last week she ordered Nxumalo's landlord and its account administrator, Trafalgar Property Management, to remove the charge from Nxumalo's bill.

"At times we request tenants to repair the broken items and remit the amount expended from their monthly rental," Mohlala said.

She warned tenants not to engage in remission without obtaining an order from the tribunal, as they cannot take the law into their own hands.

Sylvester Nkomo, 44, of Helma Court in Yeoville, Johannesburg, said his landlord billed him and other tenants exorbitantly for water consumption and were told they had to pay for repairs and maintenance.

"A determination was issued to stop the landlord from billing them on these utilities but he has ignored it," Nkomo said.

Mohlala told Consumer Line that her office would effect the prosecution of such landlords as her office has the power to do so.

She said the landlords were not supposed to make profit by imposing charges on utilities such as refuse removal, sewage and rates and taxes.

The Housing Tribunal also entertains complaints from people who rent back rooms, where most tenant rights are violated, Mohlala said.

She said the body also receives complaints from old age homes as their visitation rights are often restricted.

She said landlords who house students in Pretoria appear to be the worst transgressors as her office has received an avalanche of complaints since the beginning of the year.

Any tenant who believes they are exploited by their landlords can approach the Housing Tribunal in their respective provinces for help.

The service is free and they will be assisted by legally qualified staff.