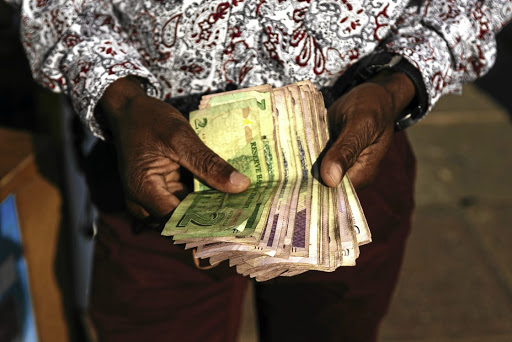 The calls for "quantity easing" is nothing but a ruse for Luthuli House to control the SA Reserve Bank and a licence to print money for the sake of it.
Image: Waldo Swiegers/Bloomberg via Getty Images

Ace Magashule has caused a public storm again - this time by using an ANC platform to call for interference with the mandate of the SA Reserve Bank.

Magashule's call is not new. It is a known position of the Guptas, Mzwanele Manyi, Andile Mngxitama, Busisiwe Mkhwebane, Jacob Zuma and all manner of state capturers.

On the surface, the state capturers want the reserve bank's mandate to include job creation and economic growth.

But that is not what Magashule and his lot actually want. They want the power to instruct the reserve bank from Luthuli House each time the monetary policy committee is about
to convene.

President Cyril Ramaphosa on Thursday broke his silence about the public spat over the role of the South African Reserve Bank saying its mandate has ...
News
2 years ago

Anyone who wonders what would happen if Magashule and Mkhwebane were to get what they want must look north.

In Zimbabwe, Robert Mugabe and Gideon Gono once appropriated the power to print money. As more and more Zimbabweans lost jobs, as a result of Mugabe's land-grab madness, Gono was instructed by Zanu PF to print more Zim dollars.

Zimbabwe was left without a currency and over 90% of people jobless. The economy was brought to its knees.

Today Zimbabwe is a basket case thanks to Magashule's kind of policies. South Africans must not allow economic lunatics to mess up our economy. Already far too many of our people are unemployed. We must never do anything that will scare away investors.

Fortunately, President Cyril Ramaphosa and his ministers have come out strongly against Magashule's madness. But for how long must we endure this?

Magashule's latest move is bigger than the reserve bank; it is a declaration of war on Ramaphosa and his supporters in the ANC.

Magashule, Zuma and other rogue elements do not want Ramaphosa to run a stable ANC and a confident government; for they know that, if that were to happen, all those who have been fingered at the Zondo commission would be processed smoothly to jail.

The state capturers have chosen to keep Ramaphosa always worried about instability in the ANC. This includes confusing the public.

Finance minister Tito Mboweni has again rubbished a statement by ANC secretary general Ace Magashule that the mandate of the SA Reserve Bank is to be ...
News
2 years ago

What must Ramaphosa do? Factional battles in the ANC must be left to the party. What is more important for you and I is to protect the integrity of our public institutions, and to ensure no one can mess with our economy. It is thus in our collective interest that people like Magashule are stopped before they wreak havoc.

The best way is for the NPA to start doing its job. Given the overwhelming evidence contained in the Gangster State, there is no reason why Magashule is not charged.

Under Zuma, the ANC was used as a political shield to protect criminals. The NPA and the entire criminal justice system were completely paralysed.

The longer people like Magashule stay untouched, the more we doubt that the NPA is back to life.

Instead of making reckless statements about the mandate of the Reserve Bank, Magashule must be kept busy with court cases. Advocate Shamila Batohi, where are you?