THE EDITORIAL: Naledi Pandor's PhD a good lesson to SA 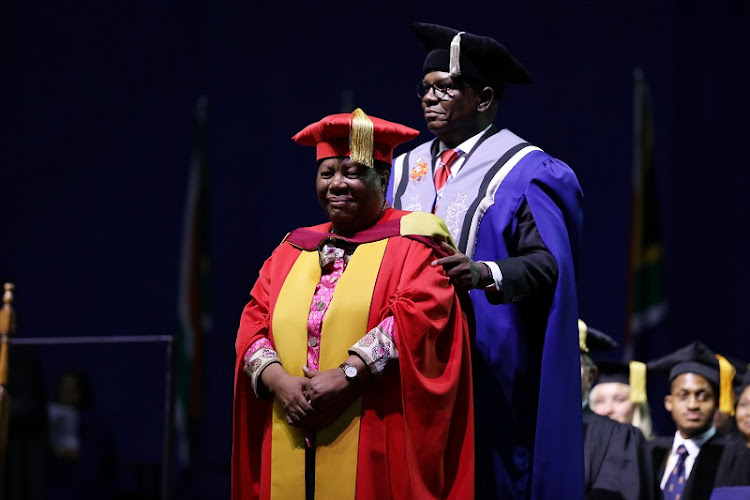 It was highly fitting that on the day higher education minister Naledi Pandor released two important reports on the state of universities, she was also conferred with a PhD in education.

It is amazing that in her 70s, and with an extremely busy schedule that comes with being a cabinet minister, an MP and a member of the ANC's national executive committee, Pandor was still able to study further.

Her example should be an inspiration to all of us, especially those of us who had to cut their education short because of the exigencies of life - which often include having to find a job so you could help with the education of your siblings.

Studying further, especially at a mature age, is not easy as Pandor can attest: "The decision to study was nerve-wracking but I knew I had to try. I was nervous and slightly embarrassed to be an older student..."

Minister of higher education and training Naledi Pandor will be conferred with a PhD in education at the University of Pretoria on Tuesday afternoon.
News
2 years ago

But it has to be done, especially if SA is to fulfil its targets, as set out in the National Development Plan, to produce more than 5,000 PhDs per year by 2030.

In one of her reports yesterday, the minister said only 34% of academics in universities have PhDs and that this would have to be increased to 75% by 2030.

She specifically singled out the need for the country to produce more women and blacks with PhDs and other post-graduates.

But while there are still fewer women with PhDs than men, Pandor stated that there were now more women than men across all groups in our institutions of higher learning.

"Women are in a majority in all fields of study, except for science, engineering and technology," she said.

Minister of higher education and training Naledi Pandor has raised concerns on the hiring of temporary staff members at institutions of higher ...
News
2 years ago

These statistics, she added, reveal an overall improvement in equity and inclusiveness.

But this progress can only be sustained if we continue to make higher education "fashionable" in our communities.

A highly educated country is best placed to use its own resources to find innovative solutions to its problems without having to rely on the charity of others.

We are a people who were denied full access to education for decades.

Now that we are free, let us use these opportunities to educate ourselves.