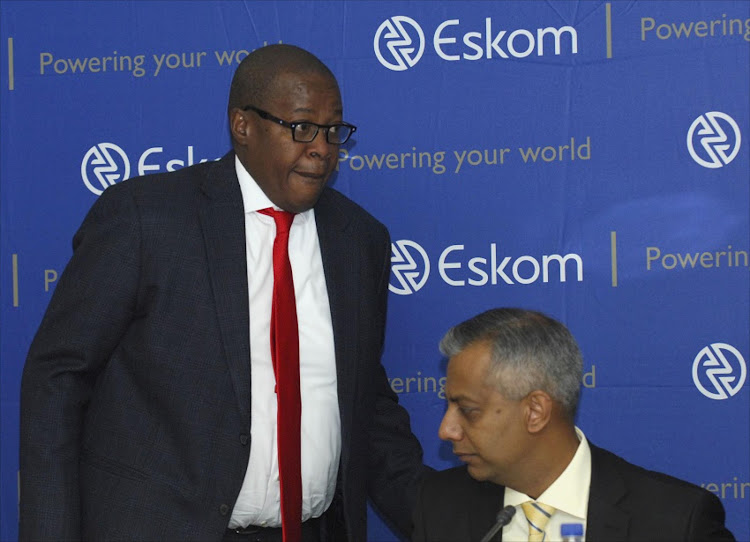 Former Eskom boss Brian Molefe today applied for leave to appeal a Pretoria High Court order that he should pay back his multi-million rand pension payout - and his nemesis‚ the Solidarity trade union‚ has already announced it will oppose his application.

On January 25‚ a full bench of the high court made a scathing ruling against Molefe‚ finding that former public protector Thuli Madonsela’s “damning” State of Capture report could not be ignored and would hang over Molefe until he was cleared.

Judge Elias Matojane’s judgment‚ confirmed by Judge Hans Fabricius and Judge Segopotje Mphahlele‚ was unrelenting: “The allegations are highly relevant to (Molefe’s) suitability to be reinstated as (Group) CEO. They are the dead weight that he must carry till he is cleared.”

The judgment also rubbished Molefe’s assertion that he never resigned but took an early pension. The decision of the board of Eskom to accept Molefe’s early retirement was reviewed and Public Enterprises Minister Lynne Brown’s decision to appoint Molefe as CEO were set aside.

Brian Molefe ordered to pay back the money

Former Eskom CEO Brian Molefe must pay back any monies he received as part of his pension.
News
4 years ago

Molefe was told to pay back an estimated R11-million he has already received as part of the total R30.1-million pension payout. Molefe was also ordered to pay the legal costs of Solidarity‚ the DA and EFF.

Commenting on the application by Molefe to appeal‚ Solidarity chief executive Dirk Hermann said on Wednesday: “We are astounded by Mr Molefe’s application and we believe that no other court will come to a different decision. We’ll definitely oppose the application”.