Ignorance creates Africans who don't see themselves as such 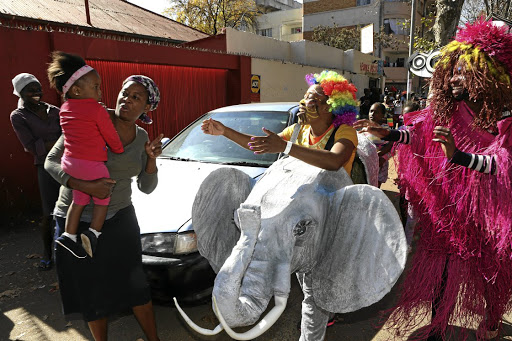 The writer says the story of Africa is as varied as her people; so no African experience is more African than the other. /Debbie Yazbek

The minute I finished my speech at the Algeria Book Fair last week I was mobbed by admirers, wishing to shake hands with me.

Thankfully, because of the language barrier - I'd delivered my talk in English, aided by a woman who translated into Arabic - the after-speech admirers did not have much to say to me. But two men persisted in their shaky English.

The older man said: "Is first time I shake hand with an African." The younger man echoed: "Me too."

"Algeria, of course," they said almost in unison. Suppressing my laughter, I said, "But, gentlemen, Algeria is in Africa. So you are Africans!"

They looked startled. The younger man was the first to blush.

"But of course we are African."

We had a good laugh about this. The chaps were not being nasty. In fact, what they were saying resonated with me because not so long ago, at the Essence Literary Festival in Durban last month, the deputy mayor Fawzia Peer welcomed guests to the festival, singling out people from "out there in Africa".

She spoke about Africans - who, in her analysis, did not include South Africans.

I guess you've had occasions where your friends or family talk about "going to Africa" as if South Africa is not part of the continent.

In order to say that South Africa doesn't feel like Africa, you would have to first believe in a huge fallacy, which is that Africa is one thing.

I think this subliminal xenophobia is informed mainly by fear. Fear that we don't want to be "backward like the rest of Africa".

Like my two Algerian interlocutors, we think of Africa as this backward mess we don't want to be part of.

As I always say, wherever you encounter arrogance, ignorance will be just around the corner.

The people who are likely to speak disparagingly about Africa are those who have never travelled outside their country.

My two Algerian interlocutors had never been south of their own country. They'd been to Egypt, Tunisia and Morocco. The rest of their travels were to Spain, France and Italy.

But they are African. Once I got a conversation going with the two men, they did acknowledge their allegiance to the continent - mainly because they hate being mistaken for Arabs, and also because they think white people, especially the French who colonised them, are hateful racists.

A few days after my encounter with the two men, I was fascinated to read about the author Taiye Selasi and her comments about the notion of Africanness.

On a visit to South Africa, she was interviewed by Huffington Post. She argued against those who have said South Africa "is not African enough".

What a shame ... a government that neglects our painful history

This is a tale of two war memorials. One for white people and the other for black people. They repose next to each other just a stone's throw from ...
News
4 years ago

I was driving at a leisurely speed of 45km/h on one of the busy streets in the northern suburbs of Johannesburg when the traffic light at the ...
News
4 years ago

"What is Africa supposed to feel like? I can be in Accra and drive 45 minutes away and already experience something completely different, so I wouldn't know what that 'Africa' was - that monolithic, one-note, single-story Africa that South Africa is supposedly meant to be more like. In order to say that South Africa doesn't feel like Africa, you would have to first believe in a huge fallacy, which is that Africa is one thing."

There's a woman after my heart! Another fallacy, which informs our subliminal xenophobia, is that the continent is a failure. Therefore, a successful country such as Algeria, or South Africa, surely cannot be part of that failure.

It's a thousand pities that I've round out of space as I believe there's more to be said on this topic. Later.