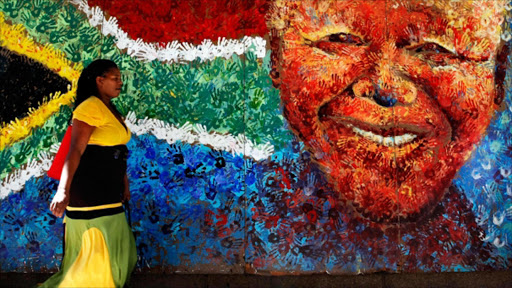 I was driving at a leisurely speed of 45km/h on one of the busy streets in the northern suburbs of Johannesburg when the traffic light at the four-way stop I was approaching turned amber.

Looking into my rear-view mirror, I noticed that the car behind me had not slowed down, but had changed lanes with the view to overtaking me.

It then accelerated. Sadly, by that time the light had turned red. As expected: Boom! A car coming from the other side smashed into the car that had been following me.

The guy who had tried to beat the traffic light got out of his car. And so did the driver of the other car.

"You people think you're still in charge, you're not going to bully us," said the chap who had tried to beat the traffic light.

He was black. The other guy white. People paused long enough to see what had happened, then moved on.

Suddenly I realised I was the only remaining witness. I would have long left the scene, but the two cars were blocking my way.

As fate would have it, the black guy then turned to me: "This racist smashes into my car, and now he wants to fight!"

"But my brother," I said calmly, in English, "you were in the wrong. The robot was already red."

The chap recoiled as if I'd punched him. He said: "How can you side with him? Are you a foreigner? Are you scared of white people?"

A double-whammy right there: racist and xenophobic vitriol. I switched to Zulu and told the chap that I was not a foreigner; and I had no reason to be scared of white people. I told the white guy if he wanted a witness, for insurance purposes, he could phone. I gave him my number, and left.

Only much later did I find myself fulminating at what had just happened. The black guy was wrong, and he knew it, but he was counting on me bearing false witness against the other guy, solely because he was white.

First of all, that is racist. Many of us fought tooth and nail against the racist apartheid regime. By showing "solidarity" with a fellow black person who has a chauvinistic world view I would be drinking from the poisoned wells of racism, myself.

What he was asking of me was also immoral. Immorality was at the core of colonialism, which subjugated our people. Immorality was also the fuel that powered the engine of the apartheid behemoth that came into force after the 1948 victory of the National Party.

What this man was asking of me reminded me of a youngster I saw outside Wits University not so long ago. He was prancing about in a T-shirt bearing the message "f**k white people".

When I asked him what he was trying to achieve through that slogan, he told me the message stemmed from the black consciousness philosophy of Steve Biko.

Such tragic distortions of black consciousness can drive a man almost to tears. Black consciousness is not about hate. It is about love, a black person loving themselves and their people, and asking them to love, respect and cherish each other.

The love thus espoused is not an end in itself. It is love that is meant to inspire us to vomit out the poison of hate that was at the core of apartheid. As children growing up under apartheid, we were tainted by the poison.

We cannot liberate ourselves from mental slavery, as Bob Marley asked us to, if we still carry within ourselves the poison of hate.

There's a lot of anger in our communities. That anger needs to be harnessed and channelled into our fight against real injustices wherever they appear.

Let us not squander our righteous anger by using it to prop up lies and hatred.