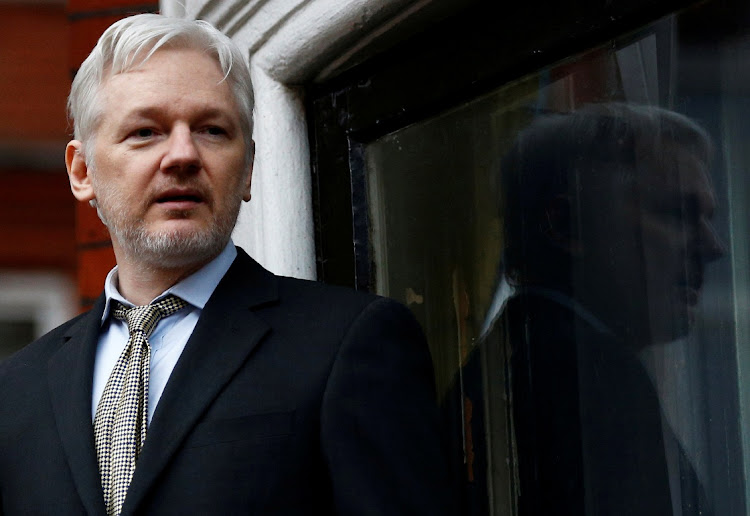 WikiLeaks founder Julian Assange is wanted in the United States on 18 criminal charges, including breaking a spying law, after his group published thousands of secret classified files and diplomatic cables in 2010
Image: Peter Nicholls

Lawyers for the United States launched a fresh attempt on Wednesday to have Julian Assange extradited from Britain, arguing that concerns around the WikiLeaks founder's mental health should not prevent him from facing U.S. justice.

The 50-year-old Australian is wanted in the United States on 18 criminal charges, including breaking a spying law, after his group published thousands of secret classified files and diplomatic cables in 2010.

Lawyer James Lewis, acting for the U.S. government, told the Court of Appeal in London that a judge in a lower court had been wrong to rule that Assange could not be extradited because of a high risk he would commit suicide in a U.S. prison.

A document outlining Lewis's arguments, presented to the court and released to media, said the United States had provided Britain with "a package of assurances" addressing the judge's concerns.

"The United States has also provided an assurance that the United States will consent to Mr Assange being transferred to Australia to serve any custodial sentence imposed on him," the document said.

Trump clemency likely for Lil Wayne, no pardons for Giuliani or Bannon -sources

U.S. President Donald Trump is likely to grant clemency to rapper Lil Wayne on Tuesday in a final wave of pardons and commutations that is not ...
News
11 months ago

Supporters of Assange gathered outside the court building from early on Wednesday, chanting "free Julian Assange", before his father and Stella Moris, his partner and mother of his two children, arrived.

Assange, who denies any wrongdoing, is being held at Belmarsh Prison. He had been expected to appear via video link but the court was told he did not feel well enough to do so.

The hearing is the latest stage in a legal battle that has been raging since 2012.

WikiLeaks came to prominence when it began to publish vast troves of confidential U.S. military records and diplomatic cables which the U.S. says put lives in danger.

Soon afterwards Sweden sought Assange's extradition from Britain over allegations of sex crimes. When he lost a case against extradition in 2012, he fled to the Ecuadorean embassy in London and stayed there before being finally dragged out in April 2019.

Assange was then jailed for breaching British bail conditions, although the Swedish case against him had been dropped, and the U.S. authorities sought his extradition.

On Jan. 4, a British judge rejected his argument that the case was political and an assault on freedom of speech, but said he should not be extradited because his mental health problems meant he would be at risk of suicide in a U.S. prison.

Supporters see Assange as an anti-establishment hero who has been victimised because he exposed U.S. wrongdoing in Afghanistan and Iraq and say his prosecution is a politically motivated assault on journalism and free speech.

U.S. prosecutors and Western security officials regard him as a reckless enemy of the state whose actions threatened the lives of agents named in the leaked material.

A British judge ruled on Monday that WikiLeaks founder Julian Assange should not be extradited to the United States to face criminal charges ...
News
1 year ago