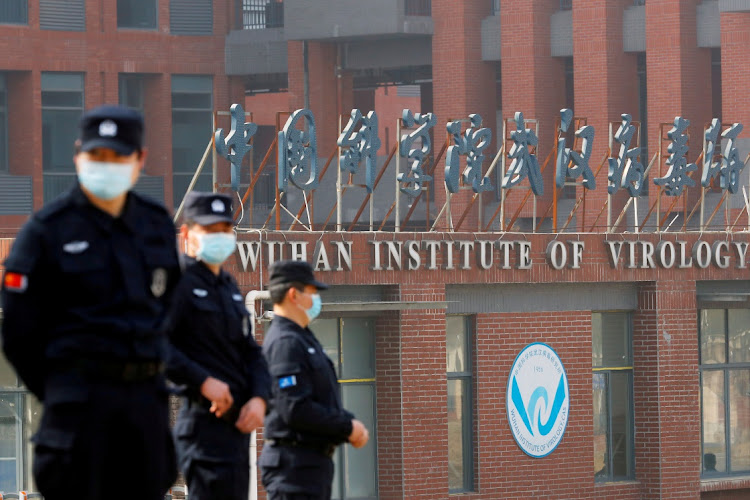 Security personnel keep watch outside the Wuhan Institute of Virology, where a GOP report asserts the Covid-19 outbreak may have been leaked from.
Image: REUTERS/Thomas Peter/File

The U.S. Senate and House of Representatives intelligence committees are conducting their own investigations into the origins of the Covid-19 virus and how the U.S. government responded to the crisis, two Congressional officials said.

U.S. intelligence agencies are examining reports that researchers at a laboratory in Wuhan, China, were seriously ill in 2019 a month before the first Covid-19 cases were reported, U.S. government sources have told Reuters.

A Congressional official told Reuters on Tuesday the Senate Intelligence Committee, led by Democrat Mark Warner, has asked the spy agencies about various issues related to the pandemic, including whether it could have been started in a laboratory accident or originated with animals.

The official said that the committee would be looking into the accuracy of the still-classified reports that researchers at the Wuhan Institute of Virology became so ill they sought hospital care in November 2019.

Three government sources cautioned that U.S. spy agencies had not yet reached any conclusion as to the origins of the virus, which first appeared in Wuhan and then spread worldwide.

Meanwhile, the House Intelligence Committee, chaired by Democrat Adam Schiff, has been conducting a "deep dive" into U.S. intelligence agencies' "response to and reporting about the pandemic," a second Congressional official said.

The House panel is continuing to press the agencies for information, the official said. The committee fears that "China’s lack of cooperation and transparency will continue to frustrate all efforts to develop an authoritative account for the origins of the virus."

Last week, the House committee's Republican minority issued its own report on Covid-19, focusing particularly on the Wuhan Institute of Virology.

The GOP report asserted that there was "significant circumstantial evidence raises serious concerns that the Covid-19 outbreak may have been a leak" from the institute, suggested the Wuhan lab was involved in biological weapons research, and that Beijing had attempted to "cover up" the virus' origins.

Data was withheld from World Health Organisation investigators who travelled to China to research the origins of the coronavirus epidemic, WHO ...
News
9 months ago

A joint WHO-China study on the origins of Covid-19 says that the virus was probably transmitted from bats to humans through another animal.
News
9 months ago

The former director of the US Centers for Disease Control and Prevention (CDC) said he believes the coronavirus that causes Covid-19 likely escaped ...
News
10 months ago
Next Article