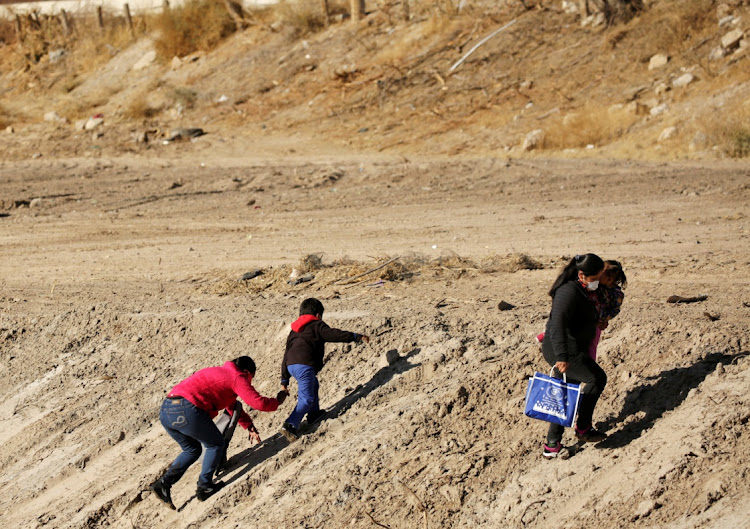 Migrants from Central America after crossing the Rio Bravo river to turn themselves in to request for asylum in El Paso, Texas, U.S., as seen from Ciudad Juarez, Mexico on February 1 2021.
Image: JOSE LUIS GONZALEZ

Mexico is investigating whether any officials were involved in the suspected massacre of 19 people in the northeastern state of Tamaulipas after a truck reportedly seized by immigration authorities before the killings was found at the scene of the crime.

"We are going to see if there is any responsibility on the part of any officials or public servants of the National Migration Institute itself," Mexico's interior minister, Olga Sanchez, said on Monday.

State prosecutors have so far genetically identified two Guatemalans and two Mexicans among the 19 victims, whose bodies were badly charred.

Some Guatemalan families have said they feared loved ones trying to migrate to the United States were among those killed in Tamaulipas.

A truck found at the scene of the crime had been seized by immigration authorities in the neighboring state of Nuevo Leon in December, local media reported.

Ten suspected cartel gunmen and four police were killed during a shootout on Saturday in a Mexican town near the US border, days after US President ...
News
2 years ago

The office said on Monday it could not confirm the truck's subsequent seizure by the immigration agency.

Sanchez said the federal government was aware of the truck and the fact that it may have been in the possession of immigration authorities but said that the matter was still under investigation.

The killings have caused renewed consternation in Mexico about the perils faced by migrants, many of whom come from the three violent and impoverished Central American countries of Guatemala, Honduras and El Salvador.

US President Joe Biden signed half a dozen executive orders on Wednesday to reverse several hardline immigration policies put in place by former ...
News
1 year ago
Next Article