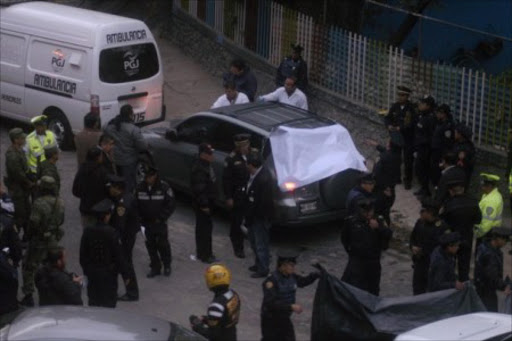 Authorities in Mexico's western Michoacan state say they have found the bodies of three local police officers who had been abducted hours earlier.

Michoacan Attorney General Placido Torres says the officers were patrolling in the town of Tancitaro when gunmen kidnapped them Tuesday. Colleagues found their bodies in the neighboring town of Buenavista Tomatlan.

Torres says investigators haven't determined a motive in the killings but the two towns have been overridden by drug traffickers and community self-defense squads.

Meanwhile, prosecutors in northern Chihuahua state say gunmen late Monday killed five members of a family while they were traveling in a pickup truck in the town of Guadalupe y Calvo.

The town is in a mountainous area known as "The Golden Triangle," where gangs grow marijuana and opium poppies.