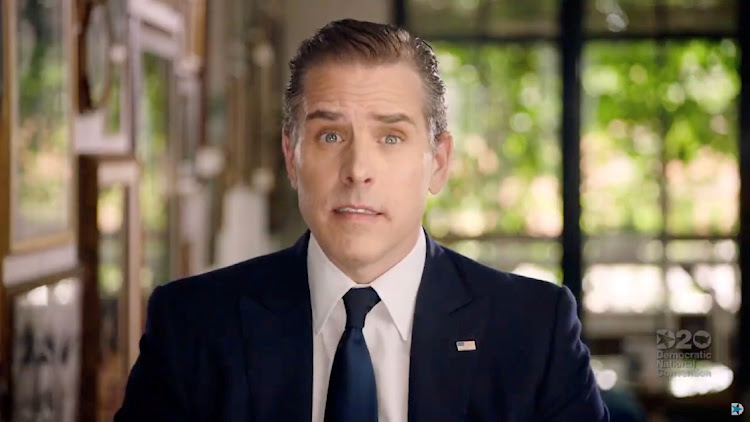 President-elect Joe Biden's son Hunter Biden, a focus of attacks from President Donald Trump and his Republican allies during the campaign for the White House, said on Wednesday the U.S. Attorney's Office in Delaware is investigating his tax affairs.

"I take this matter very seriously but I am confident that a professional and objective review of these matters will demonstrate that I handled my affairs legally and appropriately, including with the benefit of professional tax advisors," Hunter Biden said in a statement.

He said he learned of the investigation on Tuesday when prosecutors informed his lawyer of the probe.

The transition team for President-elect Joe Biden on Wednesday released a statement saying Biden "is deeply proud of his son, who has fought through difficult challenges, including the vicious personal attacks of recent months, only to emerge stronger."

CNN reported that investigators have been examining multiple financial issues, including whether Hunter Biden and his associates violated tax and money laundering laws in business dealings in foreign countries, principally China, according to two people briefed on the probe.

Reuters could not confirm the report. The U.S. Attorney's Office declined to comment, and Hunter Biden's attorney could not immediately be reached for comment.

During the campaign, Trump and Republicans questioned potential conflicts of interest from Hunter Biden's position on the board of the Ukrainian energy company Burisma at the time his father was vice president to Democratic President Barack Obama.

Trump was impeached by the Democratic majority U.S. House of Representatives but acquitted by the Senate in February on charges of abuse of power and obstruction of Congress stemming from his efforts to pressure Ukraine to investigate Joe Biden.

Trump called during the campaign for China to investigate involvement of Biden’s son in a fund that sought to raise Chinese capital. Trump accused Hunter Biden of using his position of influence to secure China's financial backing for his investments.

Trump never provided evidence to support this claim, and Hunter Biden has repeatedly denied wrongdoing. Joe Biden won the Nov. 3 election. Trump has filed numerous lawsuits to overturn the results; none have succeeded.

A source familiar with the newly revealed investigation, who asked not to be identified, told Reuters "this is not related to the attacks the Trump team and their allies made against Hunter during the campaign."

The U.S. House of Representatives is set to take a momentous and deeply polarizing vote on Wednesday when it is likely to impeach President Donald ...
News
2 years ago

President Donald Trump on Friday offered an explanation for his use of his personal lawyer Rudy Giuliani to work on Ukraine policy - a pivotal issue ...
News
2 years ago
Next Article