Eight arrested in Seattle after anti-racism protests on election night 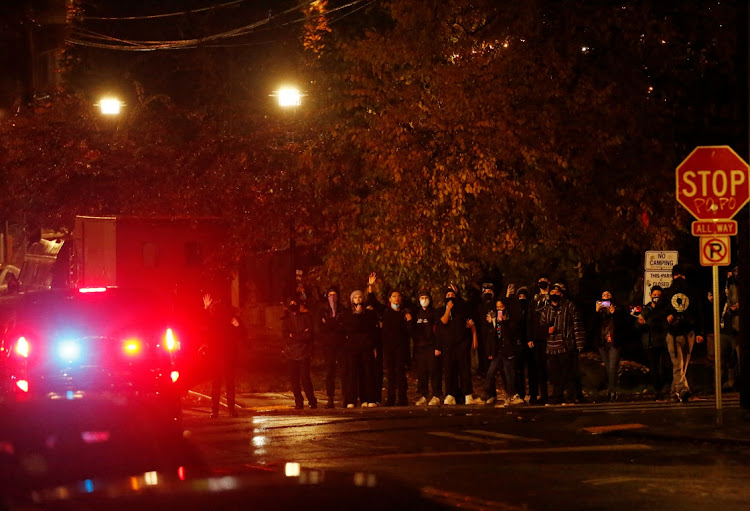 There were no immediate reports of injuries or that the protests were linked to the U.S. election, but some demonstrators carried "Black Lives Matter" banners, Q13 Fox Seattle television reported.

The Seattle Police Department said the arrested people included one who put nails in a road and another who drove over a barricade and into a police bike lane.

Two marches were held through the city's South Lake Union and Capitol Hill areas, with the police cautioning people travelling to those places.

The police said marchers had moved traffic barricades into the roadway, with the police initially issuing a public safety warning and then a dispersal order to a group of protesters at Broadway.

US president Donald Trump was leading Democratic rival Joe Biden in the vital battleground state of Florida on Tuesday and in several other ...
News
11 months ago

In recent months, Seattle, like elsewhere in the United States, has seen protests against racism and police brutality following the death in May of George Floyd, an African-American who died after a Minneapolis police officer knelt on his neck for nearly nine minutes. Protesters have previously called for police reforms.

Election day unfolded smoothly across much of the United States in a mostly calm show of political determination and civic duty amid the coronavirus pandemic despite fears of disruption.

New York police arrested about 30 people as hundreds of protesters took to the streets in Brooklyn late on Tuesday following a deadly police shooting ...
News
11 months ago

The U.S. State Department has suspended all training programs for employees related to diversity and inclusion, an internal cable obtained by Reuters ...
News
1 year ago