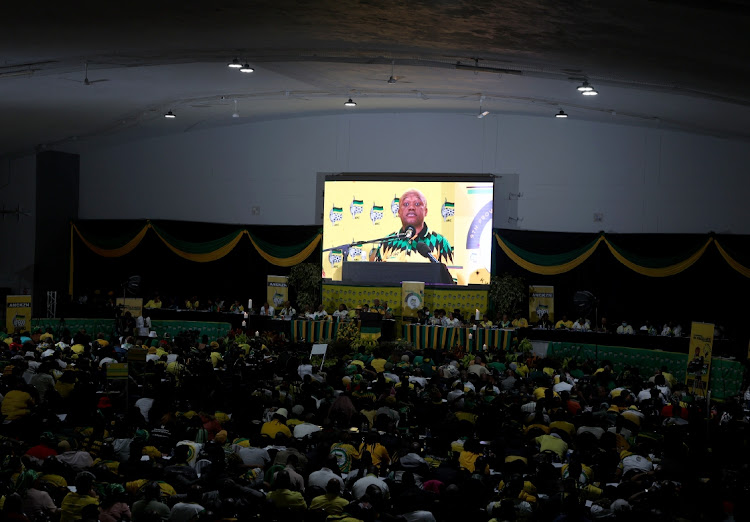 While delivering the political report at the ninth provincial conference, Zikalala criticised how the party dealt with its step-aside resolution, which bars members who've been criminally charged from participating in party activities.

Zikalala's criticism of the step-aside resolution was that it was used as a tool to possibly deal with comrades who fell on different slates to those in power.

“As we gather here we have no doubt that at the beginning of its term, the NEC tried to project and emulate unity however, the tendency of factionalism then reared its ugly head and there is no doubt signs of its persistence are still there for all to see.

“The NEC had an issue of fighting corruption and restoring the integrity of the movement. [It] adopted a framework to deal with the issue of comrades who are facing criminal charges and resolved that such comrades should step aside.

“While this decision is part of renewal, the programme and approach to renewal should be holistic. What has compounded the implementation of the decision is that afterwards, the NEC further resolved in that comrades who are charged should not stand for elective positions.

“As we approach the policy conference, we need to ensure that there is discussion and a clear outline of what entails the organisational renewal programme rather than focusing on one or two aspects of what renewal should entail.”

Various members of the ANC have criticised the ANC's step-aside rule alleging it was used as a tool against Ramaphosa's political adversaries.

Businessman Sandile Zungu who is contesting Zikalala for provincial chair has also criticised the rule.

The eThekwini region came out in the late hours of Friday and endorsed KZN legislature chair of chairs Siboniso Duma to replace Zikalala.

Meanwhile, as conference got under way at the Olive Convention Centre in Durban on Friday, former president Jacob Zuma's name reverberated inside plenary when delegates kicked off conference after hours of delay by singing “Wenzeni uZuma?” (what has Zuma done?).

Zuma has been a central figure in KZN politics and the 1,617 delegates expressed their dissatisfaction by singing the song just as ANC treasurer-general Paul Mashatile was meant to give the opening address.

This refers to the former president's July 2021 arrest for contempt of court.

Zikalala responded to the song later saying it had been sung in the province for a long time.

“In the context of today, I think first, there is no-one who was on stage who is in charge of the propaganda machinery. So it was not directed to anyone, but we cannot also hide the fact that there is pain in the membership of the ANC and generally in the society about how the former president was treated.”

KwaZulu-Natal premier Sihle Zikalala will not be getting any support from the province's biggest region as he fights to retain his position as ANC ...
News
3 weeks ago

The ANC in KwaZulu-Natal is starting the programme for its provincial conference on Friday.
News
3 weeks ago
Next Article