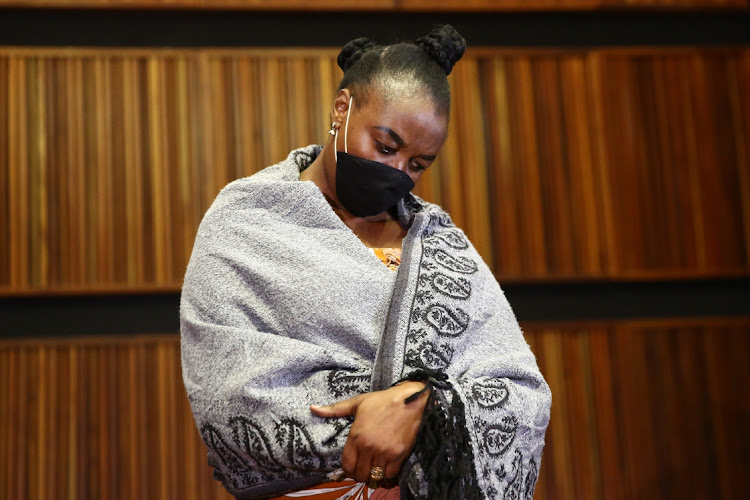 Convicted cop-turned-serial-killer Rosemary Nomia Ndlovu is to return to court this month on new charges.

Ndlovu, who was last year sentenced to six life imprisonment terms for killing five of her relatives and her lover, will face three charges of conspiracy to commit murder.

She will appear in the Kempton Park magistrate’s court on April 20.

Mabunda was the investigating officer in Ndlovu’s case while Boloka was the station commander at the police station where Ndlovu worked. They learnt of the plot to kill them shortly after she was arrested in March 2018 and unsuccessfully tried to get bail.

The plan was to shoot Mudau in his home.

These were the same hitmen that Ndlovu hired to kill her sister Joyce Ndlovu and her five children. Instead of carrying out the plot, the hitmen tracked down one of Mudau's friends and told him to warn Mudau of the planned hit which was supposed to have been carried out on February 28 2018.

While Ndlovu was aware that the plan to kill Mudau had failed, she did not know this was because the two hitmen she hired had foiled the plot and a case had been opened.

She again recruited the same hitman and his two friends for the murder of Joyce a week later.

This was when a sting operation was set up by police and Ndlovu was arrested after she was filmed taking the hitmen to her sister's house and elaborating in detail how she had wanted them to kill her.

Three days after Ndlovu's arrest, Nomsa Mudau was arrested and charged with conspiracy to commit murder alongside Ndlovu.

Their case was provisionally withdrawn in 2019 as police investigations continued.