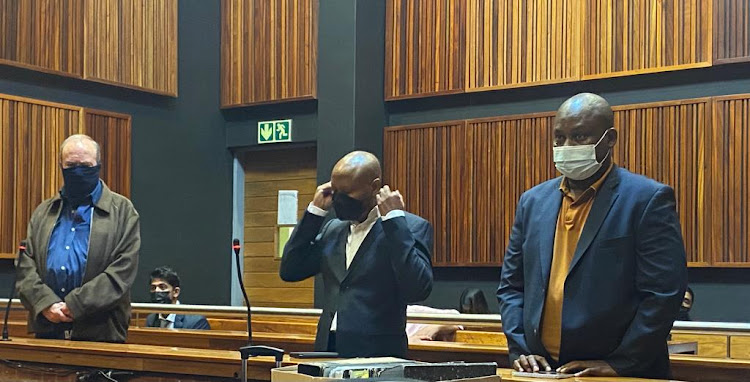 The Johannesburg specialised commercial crime court has issued a warrant of arrest for former Eskom contracts manager France Hlakudi after he failed to appear in court on Wednesday.

Hlakudi’s bail of R300,000 was provisionally forfeited to the state.

Hlakudi is among several people accused of fraud and corruption relating to the Eskom Kusile R745m case. Hlakudi is expected to appear within 14 days for final forfeiture of his bail money.

The other accused are former Eskom group executive for group capital division Abram Masango, businessman Maphoko Kgomoeswana, Tubular Construction CEO Antonio Trindade — who was a service provider to Eskom — and seven other companies.

They face charges of fraud, corruption and money laundering.

The charges relate to the alleged defrauding of Eskom's Kusile power station construction project between 2014 and 2017.

Masango and Hlakudi are accused of taking bribes of R30m each from the contractors, Trindade and former Tubular Holdings executive adviser Michael Lomas.

Kgomoeswana and his company Babinatlou Business Services are accused of facilitating the alleged bribes on behalf of the Kusile contractors to the state-owned power utility’s senior bosses.

Lomas was arrested in April last year after the NPA's Investigating Directorate brought an extradition application to bring Lomas back to SA to account. Lomas' extradition trial is set to be heard in the UK in May.

The matter returns to court on May 5.