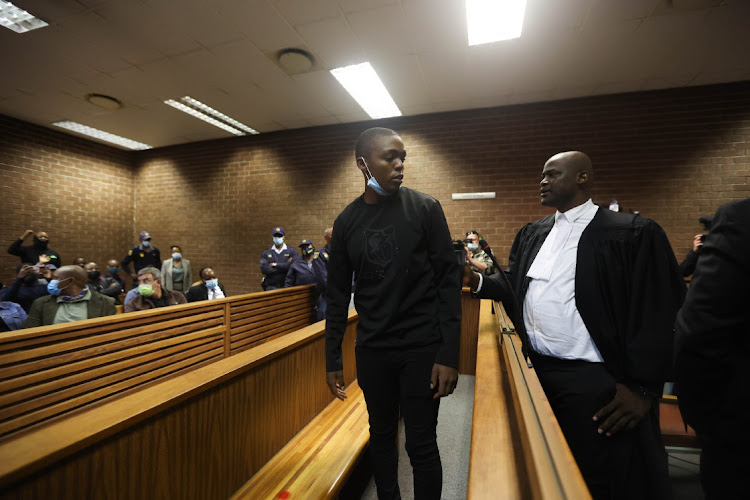 Did Nhlanhla “Lux” Dlamini meet police minister Bheki Cele to discuss the Operation Dudula leader embarking on roadshows to educate and inform people about mobilising within the confines of the law?

That’s the question on everybody’s lips after the claim was made by Dlamini during his bail application at the Roodepoort magistrate’s court on Monday.

“My client met with the minister of police, Mr Bheki Cele, who said he wants him to undertake roadshows to educate communities and splinter groups on proper mobilisation that upholds the rule of law,” his attorney Dumisani Mabunda told the court.

Mabunda made the statement while objecting to a condition the court wanted to add to Dlamini’s bail conditions — that he should not leave Gauteng.

The attorney said Dlamini would need to leave the province from time to time as he had plans with the police minister to do the roadshows, which he said could be out of Gauteng. Mabunda said Cele wanted Dlamini to do roadshows throughout the country.

The state did not object or make any submissions. The court ruled Dlamini would be allowed to travel out of the province.

"Ex EFF members like Bonginkosi Khanyile who have joined the ranks of our enemies should be treated like our enemies," Dlamini said.
News
3 months ago

‘I don’t have time for small boys’: Malema denies being behind the arrest of Nhlanhla ‘Lux’ Dlamini

"I don’t have time for small boys and I don’t want to waste my time on such useless people," Malemad said about Operation Dudula leader Nhlanhla ...
News
3 months ago

Speaking to TimesLIVE on Wednesday, Dlamini said Cele wanted him to do educational tours to communities and teach them about mobilising and fighting crime in their areas in the correct way.

“Usually when people do operations, they are emotional and not rational. They mean well but usually end up being on the wrong side of the law, so my role would be to inform and educate them on how to do this in the correct way,” Dlamini said.

However, on Wednesday Cele’s office denied there were roadshows planned with Dlamini.

“There are no such planned roadshows from the police ministry,” spokesperson Lirandzu Themba told TimesLIVE.

Dlamini, however, maintained that he had met Cele and such plans were in place.

He said he was not in a position to immediately divulge more information but would after meeting his legal team.

“I need to consult with my legal team. I can’t give you more information until I meet them. On Friday, I can give you in-depth information and evidence to support what I’m saying.”

LISTEN | ‘We are not xenophobic’, says Tshwane Operation Dudula member