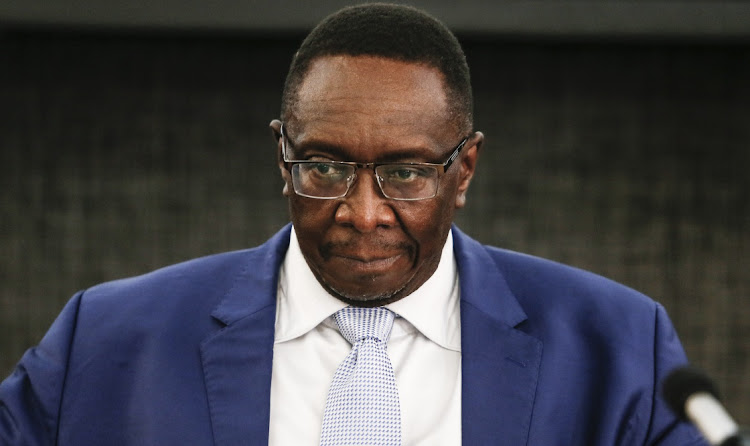 Dunstan Mlambo, judge president of the Gauteng division of the high court, on day three of the interviews for chief justice.
Image: Felix Dlangamandla via Gallo

Mlambo was responding to a question by Judicial Service Commission (JSC) commissioner Griffiths Madonsela during his interview for the position of chief justice.

Madonsela said there has been a trend where cases involving the previous administration, which at first had been heard in the Western Cape High Court, were later litigated in the Pretoria high court.

“The perception is that your court, under your leadership and how you allocate judges, ensures there [are] always adverse judgments against the previous administration and that is why people preferred it,” Madonsela said.

People saw Mlambo and his court as the court that was favourable to the current administration and would always find against the previous administration.

“It is unfortunate that there is this undercurrent. I am aware of it. Factually it is incorrect,” Mlambo said.

“That generalisation is unfortunate and unfair. I am also aware of two cases in Gauteng where I was involved which went in favour of that administration.”

One of the cases was brought by former finance minister Pravin Gordhan in 2017, where he wanted the court to declare he was not obliged or empowered by law to intervene in the banking relationship between Oakbay companies and banks which closed their bank accounts.

It is incorrect to generalise that everything that was brought by the former administration went against them.

“We threw that case out.”

Mlambo also referred to a case brought by the Helen Suzman Foundation and Freedom Under Law to force former president Jacob Zuma to suspend then public prosecutions head Shaun Abrahams and establish an inquiry into his fitness to hold office.

The court struck that application off the roll in November 2016 for lack of urgency.

“We approach cases on the facts as they come to us,” Mlambo said.

The court’s application of the law led it to the outcome reached in those matters, he said.

“It is unfortunate that people are saying I was unfair and against the former state president and I am in favour of the current state president. I deny it. It is not like that. It is not how I operate. I value my independence and impartiality and open-mindedness.”

Constitutional Court judge Mbuyiseli Madlanga gave a “decent” but not convincing performance at his interview for the position of chief justice.
News
6 months ago

On Wednesday Supreme Court of Appeal judge president Mandisa Maya will be interviewed.
News
6 months ago
Next Article