Law firm steps in to offer assistance to the prosecution 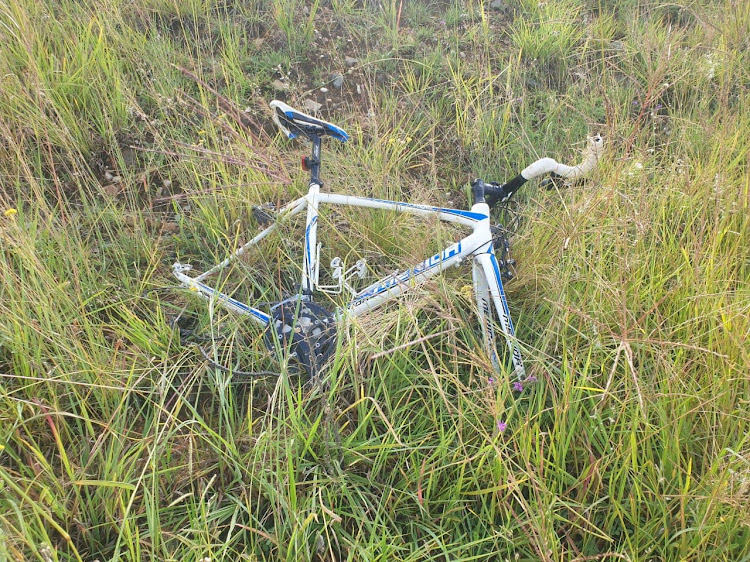 Two cyclists were struck by a motorist at the weekend.
Image: Netcare911

A campaign to curb reckless and drunk driving is being launched with the death of another cyclist in a road accident at the weekend.

Triathlete and businessman Andre Piehl was killed by a Porsche SUV driver who hit two cyclists riding in the emergency lane along the R512. His training partner is receiving treatment in hospital, where he is a critical condition, said Johannesburg mayor Mpho Phalatse. 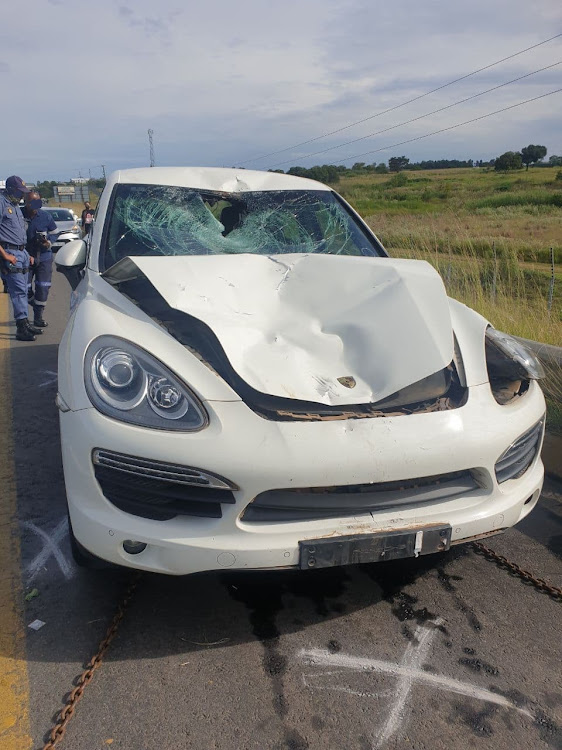 A charge of culpable homicide has been opened against the driver of this Porsche.
Image: Netcare911

“Based on preliminary information from the scene, it would appear that the driver of the white Porsche SUV may have been under the influence of alcohol. Further information indicates that the alleged driver may have also tried to flee from the scene of the deadly crash but could not do so because his vehicle was too damaged,” she said.

Tributes are being shared on social media for Piehl, 52, described by the mayor as a devoted father, husband and enthusiastic triathlete who loved life and the outdoors.

On the SA triathlon fans Facebook group, Paul Ingpen shared: “Andre Piehl adored the sport of triathlon as much as he lived for his family. A perfect example of hard working consistency, the 6'3" beast of an always smiling, super competitive guy ... We will all miss you terribly.”

Andre Piehl (52), operations executive within the leading brands portfolio of JSE-listed Famous Brands, has passed away after being hit by a drunk driver while on his way back from a cycling training session. pic.twitter.com/YoayhhFUim

The driver was arrested on a charge of culpable homicide, which is under investigation.

“I call on law enforcement agencies to act with urgency and due care in making sure that this matter is properly investigated and that justice is given to the families of the two cyclists,” said Phalatse.

A law firm, HJW attorneys, said it has stepped in to assist the National Prosecuting Authority “to ensure that all relevant witnesses, statements, blood tests (which were done), photographs etc are all compiled and placed in the docket and provided to the court”.

“We cannot let this happen to members of our community without consequences.”

So many many memories … you touched so many people …. #RIP André Piehl

Netcare 911 said paramedics responded at 6.36am on Saturday to a collision on the R512.

“When medics arrived on scene they found that one of the cyclists, an adult male, had sustained severe deformity after being dragged about 400 metres under the car. The man sadly showed no signs of life and was declared deceased on the scene.

“The second cyclist, also an adult male, was found to have sustained critical injuries and required advanced life support intervention to stabilise him. Once treated, the man was flown by Netcare 911 helicopter to a specialist hospital for continuation of care. Circumstances leading up to the incident will be investigated by the relevant authorities who were on scene.”

Phalatse condemned “in the strongest possible terms, the ongoing occurrence of drunken driving on SA’s roads.”

“It is disheartening that we continue to lose innocent lives as a result of the unlawful behaviour of drivers insisting on getting behind the wheel of a car when clearly under the influence of alcohol. Despite the warnings and the campaigns against drunk driving, we continue to experience this scourge.

“It is time for a zero-tolerance approach to be adopted. No more talk of points demerit systems and seeking to coerce careless drivers to act appropriately. SA, and Johannesburg, can no longer afford to lose any more innocent lives. We also can no longer afford to continue suffering the financial and economic devastation that comes with road crashes.”

On Monday, a seven-year-old boy was knocked from his bicycle by a minibus taxi outside his school in Nwajaheni, northeast of Tzaneen in Limpopo. He is in a critical condition, according to ER24.

In October another cyclist, Alex Otto, was killed when he and training partner were mowed down by a speeding taxi. The taxi driver tried to flee but was caught by two security guards who witnessed the incident. He is facing charges of culpable homicide and drunk driving.

Jabu Mahlangu "was not admitted" to the Far East Rand Hospital last Saturday morning after a horror accident because his injuries were not serious ...
Sport
6 months ago

Child knocked off bicycle by taxi outside school, critically injured

A seven-year-old boy is in a critical condition after being knocked from his bicycle by a minibus taxi outside his school in Nwajaheni, northeast of ...
News
6 months ago
Next Article