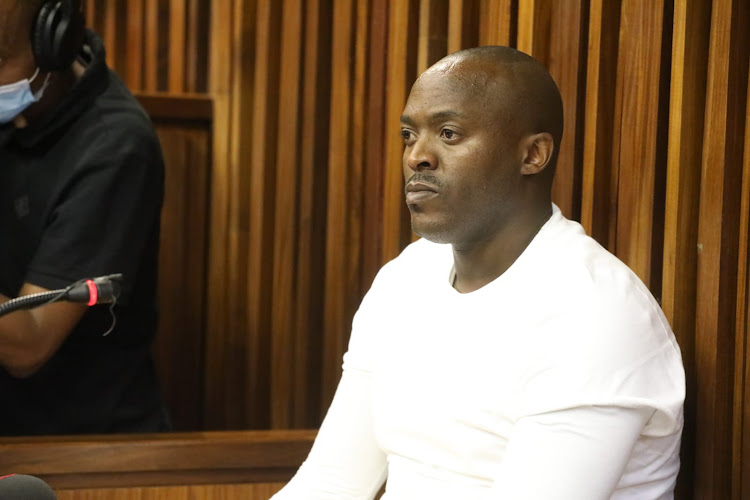 Tshegofatso Pule's murderer has been grilled on why he had wanted to harm the alleged mastermind, including organising for him to be raped by prison gangs if he was imprisoned.

Muzikayise Malephane was on Wednesday testifying during the murder trial of Ntuthuko Shoba, who is on the dock for allegedly organising a hit on his then heavily pregnant lover, Pule, in June 2020.

Shoba's lawyer Norman Makhubela asked why Malephane  said he wished  Pule's family would find Shoba before he did after he was sentenced in February last year.

Malephane said he had been angry at Shoba as he had got him into trouble and disappeared and that he had wanted to “injure” him.

“Shoba had put me into too many problems and he does not even have the guts to stand up for what he has done or take responsibility for his role. To be honest, I was going to injure him and he was going to be a hospital case,” he told the court.

Convicted murderer Muzikayise Malephane testified that Ntuthuko Shoba first offered him R7,000 before agreeing to pay R70,000 for the murder.
News
3 months ago

The Gauteng high court has imposed a partial media blackout in the trial of Ntuthuko Shoba, accused of killing his pregnant girlfriend Tshegofatso ...
News
3 months ago

His response resulted in many laughing in the court gallery.

Makhubela told the court that Malephane's remarks displayed him as someone who was prone to violence. “From what you are saying, it would appear that it takes very little to provoke you into violence,” Makhubela said.

A visibly frustrated Malephane, playing with a pen as he answered questions from the witness box, said: “If it was not for Shoba, I would not be sitting here today.”

Malephane also admitted in court that he had, through a leaked group chat he was in while in prison, threatened to organise 26 and 28 prison gangs to rape Shoba when he gets to prison for what he had done to him. “I was just chatting on the group chat, and I had not arranged such,” he said.

Shoba has pleaded not guilty to charges of murder, conspiracy to commit murder and defeating the ends of justice.

Malephane pleaded guilty to killing Pule and turned state witness. He was sentenced to 20 years in jail.

Malephane has, in his testimony, detailed to the court that he rejected an initial offer of R7,000 by Shoba to look for a killer as he said the amount was “not enough to kill a person”.

He said he  then went to look for a hitman after Shoba raised the amount to R20,000 but decided that he would kill Pule on his own when it was subsequently increased to R70,000.

While admitting that there was never an agreement that he be the one to kill Pule, he said he knew he would be paid for his role by Shoba even if he had organised another person.

This triggered laughter from the gallery once more, resulting in acting judge Stuart Wilson threatening to throw people out of the courtroom.

Malephane said he never got any payment after killing Pule as Shoba could not be reached on his phone.