'We owe it to Mandela and the Arch to continue working for the country of their dreams': Mandela foundation 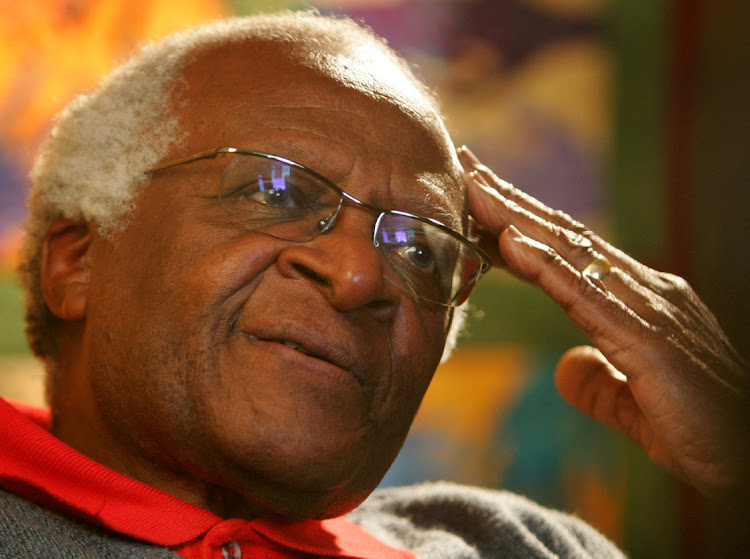 The loss of Archbishop Emeritus Desmond Mpilo Tutu is “immeasurable”.

In a statement after Tutu's death on Sunday, Hatang said that the last surviving SA laureate of the Nobel Peace Prize's contributions to struggles against injustice, locally and globally, are “matched only by the depth of his thinking about the making of liberatory futures for human societies”.

“He was an extraordinary human being. A thinker. A leader. A shepherd. Our thoughts are with his family and friends at this most difficult time.”

“The Arch meant everything to me,” said Hatang.

“I first met him during the work of the Truth and Reconciliation Commission, and was privileged to work with him on a number of projects over the years. He was a friend to Madiba and to the foundation.”

Hatang recounted that Mandela and Tutu first met at a debating competition in the early 1950s and that four decades later, on the day that Mandela was released from prison, he spent his first night as a free man at the home of the Tutus in Bishopscourt, Cape Town.

On that occasion before everyone retired for the night, he said Tutu offered a prayer of thanksgiving and led a singing of Reverend Tiyo Soga’s famous hymn in isiXhosa, ‘Lizalis’idinga lakho’ — ‘Let your will be done’.

He said from then onwards until Mandela passed away in 2013 they were in regular contact and their friendship deepened over time.

“There was a light, almost teasing quality, to their relationship. They relentlessly poked fun at each other’s preferred attire, for instance — Mandela wearing his Madiba shirts and the Arch his robes.”

It was Tutu who held aloft Madiba’s hand on the balcony of Cape Town’s City Hall on May 9 1994 and presented him to the assembled throngs as the country’s new “out of the box” president.

In 1995 Mandela appointed him to chair the country’s Truth and Reconciliation Commission, a position Tutu used to drive endeavours to reckon with oppressive pasts but also to hold the new democratic government accountable.

The Tutu Family has thanked South Africans and the world who kept Archbishop Emeritus Desmond Tutu in their prayers, and whose love and respect for ...
News
6 months ago

As Mandela reflected in that period: “His most characteristic quality is his readiness to take unpopular positions without fear ... He speaks his mind on matters of public morality. As a result, he annoyed many of the leaders of the apartheid system. Nor has he spared those that followed them — he has from time to time annoyed many of us who belong to the new order. But such independence of mind — however wrong and unstrategic it may at times be — is vital to a thriving democracy.” Most recently, of course, Tutu spoke out robustly and insistently against state capture.

In 2004 he delivered the Nelson Mandela Annual Lecture, and used the platform to deliver a stinging critique of the governing party. The thrust of his argument was the extent to which leadership had failed society’s most vulnerable. “We were involved in the struggle because we believed we would evolve a new kind of society. A caring, a compassionate society. At the moment many, too many, of our people live in gruelling, demeaning, dehumanising poverty.”

Madiba and the Arch were both founding members of The Elders, an international grouping of inspirational leaders which has done human rights work in countries around the world.

“We owe it both to Madiba and to the Arch to continue working for the country and the world of their dreams,” said Hatang.

“Their intersecting legacies are powerful resources for social justice work.”

When Mandela passed away in 2013, Archbishop Emeritus Tutu said: “This is a man who cared.” As the foundation mourns today the passing of our beloved Arch, we in turn can say precisely the same of him. May he rest in peace.”