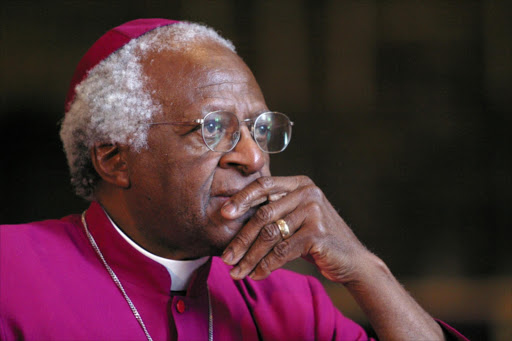 The Tutu Family has thanked South Africans and the world who kept Archbishop Emeritus Desmond Tutu in their prayers, and whose love and respect for him fuelled his extraordinary body of work on earth.

Paying tribute and speaking on behalf of his family, Dr Ramphela Mamphele said family was massively important to him, especially his mother, Aletta Tutu, whose dignity and compassion he sought to replicate.

“He had a remarkable 66-year marriage to Nomalizo Leah Tutu. They made an excellent team, she arguably was a little more grounded and pragmatic than him. They regularly placed their deep affection for each other on public display, not least when they celebrated their wedding anniversaries. He was a truly romantic man, who loved his wife and family,” Mamphele said in a statement.

They were blessed with four children, Trevor, Thandeka, Naomi and Mpho.

According to Mamphele, Tutu overcame polio during his childhood, and nearly succumbed to TB in his youth. In the late 1990s, he was diagnosed with prostate cancer, with which he lived for the past 23 years. In recent years he was hospitalised on several occasions for infections associated with his cancer treatment.

“Typically, he turned his own misfortune into a teaching opportunity to raise awareness and reduce the suffering of others. He wanted the world to know that he had prostate cancer and that the sooner it is detected the better the chance of managing it,” Mamphele said.

She said Tutu was abnormally imbued with a sense of pastoral duty to serve the best interests of his species — the human family — and the planet. To do the right thing. To make people feel part. To advance justice, humanness, peace and joy.

“Ultimately, at the age of 90, he died peacefully at the Oasis Frail Care Centre in Cape Town this morning. Courageous, gracious, and concerned for the welfare of others to the very end. As Mrs Tutu says: although he was not physically imposing, he had the inner strength of a lion,” read the statement.

Mamphele said Tutu embraced the core African philosophy of ubuntu, that God’s creation is interconnected and interdependent. The human family is one and all people should honour one another regardless of colour, class, geographic location, religious belief or sexual orientation.

The family together with the Anglican Church and state representatives will host a media briefing at 11am.