What I learned photographing the late Archbishop Desmond Tutu 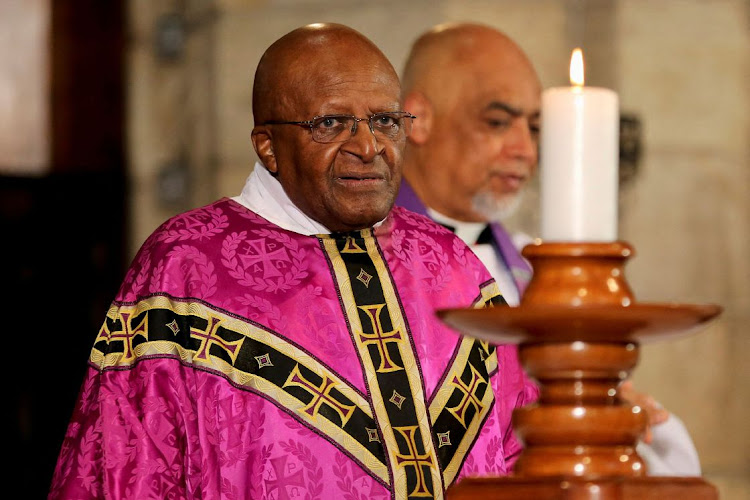 My earliest memories of Archbishop Emeritus Desmond Tutu are from newspaper clippings and video recordings of foreign news bulletins smuggled into South Africa by dissenters to evade censorship.

As an activist allied to the African National Congress, the archbishop was banned from the heavily policed media of the white minority government.

In the smuggled tapes, I would see the archbishop looking regal in his mauve robes praying at the funerals of activists and protesters killed by apartheid police, or pleading with people to end the violence.

As a young woman during this tumultuous time in my country, I saw him as a man of God fighting for our freedom, a man pleading with the world to end apartheid, an elder we hoped could one day help restore peace – even if we weren't always that confident it would ever happen.

Of course, I had no idea then that I would one day be making newspaper clippings of my own about "the Arch", as he is affectionately known here. As a photojournalist, I got to meet him regularly in the democracy he helped bring about.

Before all that, one memory stands out from 1985. I was nine years old, taking part in an anti-apartheid protest in our neighbourhood on the Cape Flats, an area designated as "non-white" under the segregationist Group Areas Act.

As a family of mostly Indian descent, our movements were restricted under the act and our schools were closed by the government under a state of emergency. The police fired tear gas at us – yes, at a bunch of primary school kids and their teachers! – and my eyes stung with the pain.

But the main protest was up the road at Alexander Sinton High School. My father was a teacher there; my sister a pupil. They staged a sit-in protest demanding schools be opened, and police fired tear gas and dragged students out of their classrooms. My dad and sister were arrested and released hours later.

The next day, Tutu visited the school to comfort  students. A black-and-white photo shows him in his tunic and glasses, a halo of white hair encircling his brow and both of his hands affectionately holding the cheeks of a student. 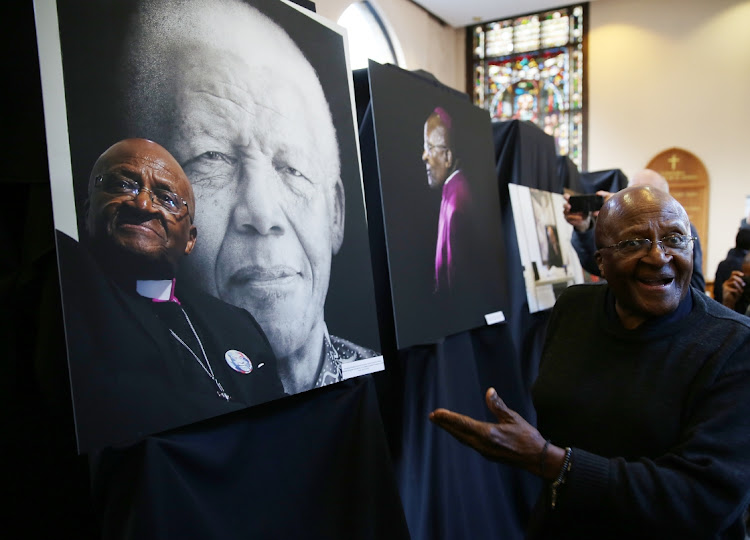 August 05, 2014. Artchbishop Desmond Tutu reacts at images of him at the opening of an exhibition that shows glimpses into his life by photojournalist Sumaya Hisham at the St George's Cathedral in Cape Town.
Image: Esa Alexander

On Feb 11 1990, I sat on the Grand Parade opposite the City Hall in Cape Town with my family waiting for the arrival of Nelson Mandela, who was to be released from prison after 27 years. The sun had already begun to set when Mandela emerged on the balcony with Archbishop Tutu by his side.

We were overjoyed. We knew the democracy my family had fought for was coming, but the joy was tainted with a sense of loss, of the sacrifices we had made and abuses we had suffered.

Nearly 20 years later, I had my first opportunity to photograph the Archbishop at this house. Back then, I was too painfully shy to interact with him much, but over the next decade I had the privilege of photographing him many times for Reuters and for his foundation, so I got to know him better.

His courage in defending social justice, even at great cost to himself, always shone through - and not just during apartheid. He often fell out with his erstwhile allies at the ruling ANC over their failures to address the poverty and inequalities that they promised to eradicate.

At St George's Cathedral in Cape Town on April 23, 2014, I photographed Tutu who was still angry and hurt four months after the ANC had tried to bar him from Mandela's funeral. The party had relented only after a public outcry.

"I will not vote for them," he said of the ANC.

"I say it with a very sore heart. We dreamt about a society that really made people feel they mattered. You can't do that in a society where you have people who go to bed hungry, where many of our children still attend classes under trees."

I was always taken by the way Tutu greeted people equally whether they were heads of state or homeless on the street. He regularly visited a home for the elderly, taking cake and treats for the residents. I looked on as he shook hands with around 40 of them.

When I had to cancel an appointment with him because my son was ill with an appendicitis back in 2016, Tutu had a gift box sent to the hospital.

His wife Leah told me a story over tea about how, when he was young, he gave up his jersey to another child accompanying a blind man, shivering in the cold, knowing he risked a scolding for returning home without it.

That was the Tutu we all knew and loved.

To me, all of these things show the Arch was sincere when he spoke of "Ubuntu", a Zulu word representing a belief that all human beings are connected by a universal bond that demands sharing and compassion.

"We have been intended to exist as members of one family, the human family," he once said, adding that when we fail to act accordingly, "we do so at great risk to ourselves".

Archbishop Tutu took many risks during his life, but that was not one of them. - Reuters