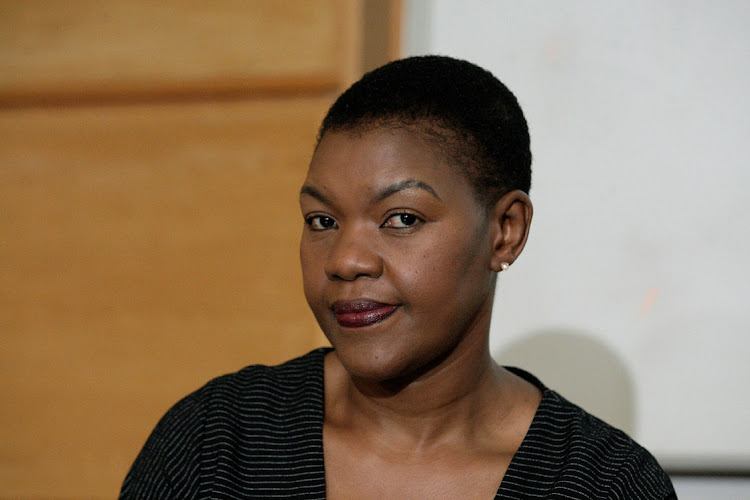 SABC head of news Phathiswa Magopeni, who has been appearing before a disciplinary inquiry chaired by Nazeer Cassim SC.
Image: Veli Nhlapo

Magopeni is accused of misconduct, negligence and bringing the public broadcaster into disrepute after investigative show Special Assignment aired a court-interdicted episode.

After three days of evidence from witnesses, including Vanara, who was first in the hot seat, it was Magopeni’s turn to state her case.

Not long before she threw Vanara under the bus, she was quizzed about why her department did not delete the show from the system after the interdict was granted.

Magopeni said this was because there was no instruction to remove it and that she believed such an instruction would only have come from Vanara.

Special Assignment editor Busisiwe Ntuli, who was grilled on Monday, was the first to lay the blame at Vanara’s door.

The inquiry, chaired by Nazeer Cassim SC, learnt how the show came to be aired.

The hearing was told that the blunder happened when a repeat programme that was meant to replace it on October 26 was given the same code as the Special Assignment episode.

Cassim and SABC lawyer Michael Bill wanted to know why the interdicted report was in the system in the first place.

Enter Magopeni, saying Vanara, who was handling the matter, never issued such an instruction. This led to a long-winded exchange with Bill during Magopeni’s cross-examination.

He insisted Magopeni was throwing Vanara under the bus to negate responsibility as the buck stopped with her on all news content at the Auckland Park-based broadcaster.

According to Bill, Magopeni was the one with the jurisdiction to issue an instruction that the banned show be removed from the system.

This was a proposition she vehemently dismissed, saying it would have been tantamount to editorial interference.

Magopeni said she felt “singled out” by the SABC and could not fathom why she was the only one being disciplined before a thorough investigation to establish where fingers should be pointed.

“Miss Ntuli was saying that no instruction was received from legal for the episode to be deleted. I do not think that is criticism [against Vanara],” said Magopeni.

Bill pressed her: “You think it is a compliment?”

Their verbal boxing match continued until Magopeni admitted she agreed with Ntuli that it was Vanara who ought to have issued the instruction for the report to be removed.

Bill fired first: “Do you hold a view that an instruction was required?”

“I do,” said Magopeni, to which Bill interrupted: “You hold the view that this instruction was required from advocate Vanara?”

“It would not have come from anywhere else,” she responded.

Cassim said the blame game would not help him in any way because the question of who was to blame was “not before me”.

Speaking highly of Vanara’s involvement in the saga, Cassim said it was unfair to blame him in absentia when he had not been charged.

According to Cassim, Vanara’s involvement in the issue after the episode was aired was “commendable”, if anything.

However, the case before him was simple and straightforward: could Magopeni have done anything to prevent contempt of court?

According to Cassim, all witnesses called by Magopeni to defend her had failed dismally to answer this question, but preoccupied themselves with a matter outside the inquiry’s terms of reference.

Cassim will issue his finding after Magopeni and the SABC’s legal teams submit closing written arguments to him no later than the end of business on Wednesday.

The oral hearings have been concluded.

'Someone has to take the rap,' says chair of SABC news boss's disciplinary hearing

Nazeer Cassim SC says the question is simple: did Phathiswa Magopeni take sufficient measures to ensure such an issue would not arise?
News
1 month ago

The SABC on Thursday said it takes the complaints lodged against the public broadcaster’s CEO Madoda Mxakwe by its editor-in-chief and head of news ...
News
1 month ago

‘I’m being hounded out’: Phathiswa Magopeni lodges complaint against SABC CEO, board chair

SABC editor-in-chief and head of news Phathiswa Magopeni has lodged a formal complaint against the public broadcaster's CEO Madoda Mxakwe for several ...
News
1 month ago
Next Article