‘They still have to tell us who was orchestrating the violence’ 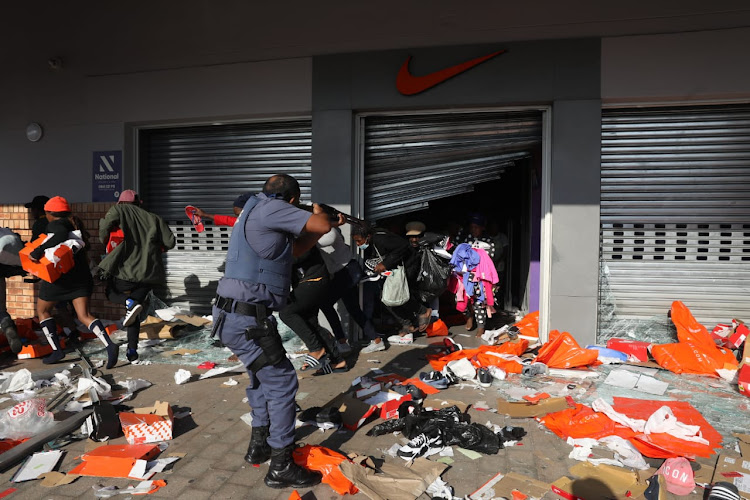 Gauteng premier David Makhura says police did not respond adequately to the violence and looting in Gauteng in July.
Image: Sandile Ndlovu

Gauteng premier David Makhura said on Friday the response by the police to the unrest that gripped Gauteng in July was inadequate.

“I have no doubt the police were running around, but their response was not adequate,” Makhura said at the SA Human Rights Commission (SAHRC) hearings on Friday.

“The police still have to tell us who was orchestrating the violence.”

He said the Gauteng government was unhappy with the way the events leading up to the unrest were handled.

The looting in Gauteng, Makhura said, was a symptom of desperate conditions which were a result of the worsening economic situation as a result of the Covid-19 pandemic.

He said social media postings could have fuelled the unrest.

It is common cause there were people who were not happy, but breaking the law is something else altogether.

He said when the civil unrest hit KwaZulu-Natal, officials were worried the situation would affect Gauteng.

The unrest in Gauteng, Makhura said, did not affect key infrastructure.

“There was no major attack on key state infrastructure except the looting in shopping centres. We activated private security companies that worked closely with the police,” the premier said.

He said because the insurrection did not happen did not mean there had not been an attempt to overthrow the authorities.

“From looking at the messages on social media in the run-up to the mobilisation, you will come to the conclusion it was organised. I doubt the intention was about looting.”

‘There was nothing’: No intelligence alert on July riots, says KZN premier Sihle Zikalala

KwaZulu-Natal premier Sihle Zikalala told the SA Human Rights Commission hearings into the July riots and looting that the provincial government was ...
News
7 months ago

Man under fire for call to set up Phoenix barricades

Krishna Naidoo‚ founder of KZN VIP Protection Services‚ has denied his call for barricades played a role in racial profiling and killing of black ...
News
7 months ago
Next Article