Man under fire for call to set up Phoenix barricades 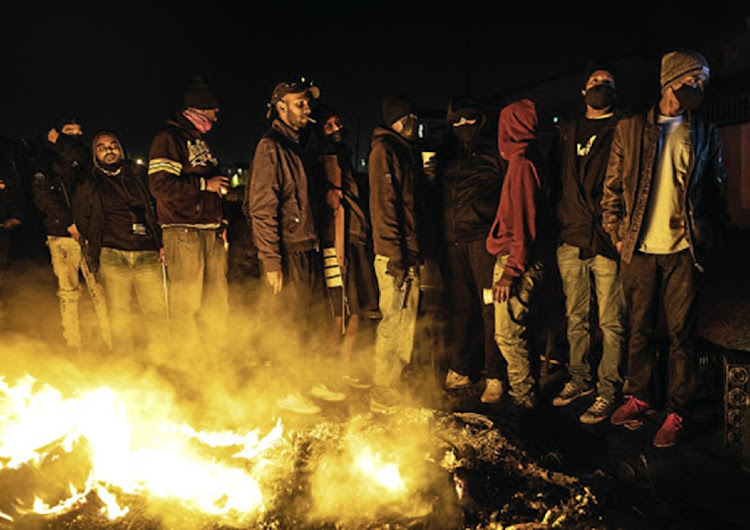 Members of the community in Phoenix, Durban, stand guard at an intersection in the location.
Image: Emile Bosch

Krishna Naidoo‚ founder of KZN VIP Protection Services‚ has denied his call for barricades played a role in racial profiling and killing of black people in Phoenix, Durban, during the July riots.

Testifying at the SA Human Rights Commission's hearing into the July violence in parts of KwaZulu-Natal and Gauteng, Naidoo said his company's control room had been inundated with emergency calls when widespread looting took place in Durban. He posted a video on Facebook calling on the community to barricade roads.

“So‚ as a security company‚ I thought it was my responsibility to prevent people from being killed and the area that we live in from being looted. I asked the people and I pleaded with them. I told them to barricade the roads‚ protect yourselves and your family and do whatever is necessary‚” he said.

“Remember‚ I come from a security background as an ex-policeman‚ so I expected everybody to do so legally.”

When asked by an evidence leader if he realised that his call was unlawful and an infringement of the constitutional right to freedom of movement‚ Naidoo said South Africans also had the right to life.

“At the end of the day‚ people had to defend themselves in the absence of the defence mechanism as set out in the constitution. The president admitted it‚ the police commissioner admitted it: they were absent or too late.

“At the end of the day‚ I told them [residents] to put up defence mechanisms‚ as in roadblocks. I didn’t go and tell them to kill people‚ and I expected that to be manned by the community policing forum and by SA police.

Naidoo added that the Phoenix community as a whole should not be held accountable for “what criminals have done”.

“We have criminals in every community. We battle with criminals. This is not a race thing. It’s a criminal thing.”

The commission heard that Naidoo and two staff members were arrested for “administrative matters”.

Naidoo said his company became the “plague” in Phoenix after police minister Bheki Cele “demonised” it on national television.

“The minister stated that our company was involved in the shootings‚ unrest and we are part of the Phoenix massacre. Where he got that information shocks me.”

Naidoo left the company after his image was allegedly doctored to create the impression that he was behind the killings in Phoenix.

Meanwhile, four specialist state advocates were working with the Hawks, crime intelligence, digital forensic investigators and others to “get to the bottom” of who was behind the July unrest, the SAHRC also heard on Thursday.

“We want to know where did it start? And why did it start? And how did it start? And if there was anyone behind it -were there individuals who were pushing and planning?” said Adv Kwena Mashamaite, deputy director of public prosecutions in KwaZulu-Natal who heads the National Prosecuting Authority’s organised crime unit.

Mashamaite refused to be drawn on what investigations had produced thus far and if any charges of treason or sedition were in the offing.

He wouldn’t say if any “high -profile” people were under investigation.

“Things will unfold. If there is evidence it will be produced in court,” he said. His unit, he said, was specifically looking at the instigators of the violence and those who incited others, whether they were financed or if they had a particular mandate.

Four specialist state advocates were working with the Hawks, crime intelligence, digital forensic investigators and others to “get to the bottom” of ...
News
1 week ago

Accounts of racial tension, assaults and killings of Africans, allegedly at the hands of Indian people in Phoenix, were aired during day 2 of the ...
News
2 weeks ago

What happened in Phoenix are killings, not a massacre, SAHRC hears

Phoenix Ubuntu Forum’s Sham Maharaj said what happened in Phoenix during the July unrest were killings, not a massacre.
News
2 weeks ago
Next Article